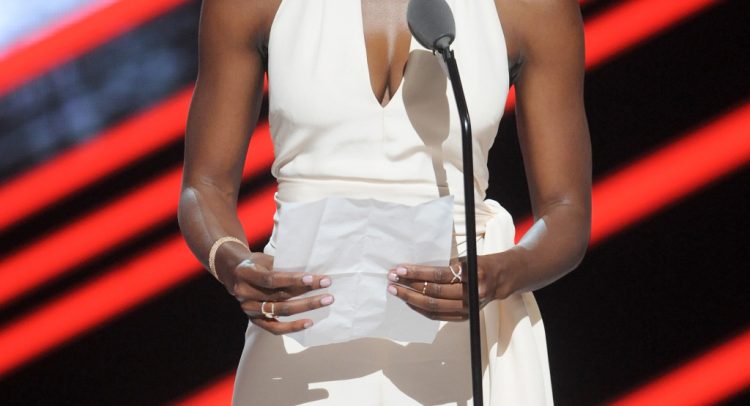 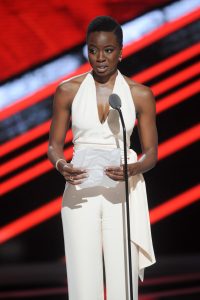 Game of Thrones actress Nathalie Emmanuel, Yelda Ali (founder of Camel Assembly); athletes Katrin Davidsdottir, Reese Scott and Jenny Gaither (founder and CEO of Movemeant Foundation); and Shannon Kim Wagner (founder of the Women’s Strength Coalition) also star in the campaign. The women are photographed alongside quotes that project inspiring words from each star. For their respected portraits, each share their own personal story of overcoming barriers to become their best selves.

“Reebok has a long history of empowering women and supporting those who empower others,” Reebok vp marketing Melanie Boulden said in a statement. “We did this back in the 1980s, when the brand helped usher in a new fitness movement, led by women, that changed culture and made it OK for women to sweat and have muscles. We are still at it today, developing innovative product for women, by women, and encouraging females to experience the physical, mental and social transformation that happens when we move — the essence of our Be More Human philosophy.”

In the campaign, Reebok has also partnered with the Movemeant Foundation and The Women’s Strength Coalition to support women who work at the grassroots level to support organizations aimed to empower women.

Reebok will also release 10 limited-edition shirts, one for each woman featured in the campaign. From now until Dec. 31, proceeds from the shirt sales will be distributed equally among the organizations.

Consumers who want to participate in other ways can also “donate in sweat” by posting a photograph of themselves working out on Instagram or Twitter using the hashtag #BeMoreHuman. For each photo posted, Reebok will make a donation to the non-profits at a limit of 2,500 posts.

After announcing the launch of its campaign, Reebok also featured videos of each star on Twitter in which they recited their encouraging word and stories with the hashtag #BeMoreHuman.