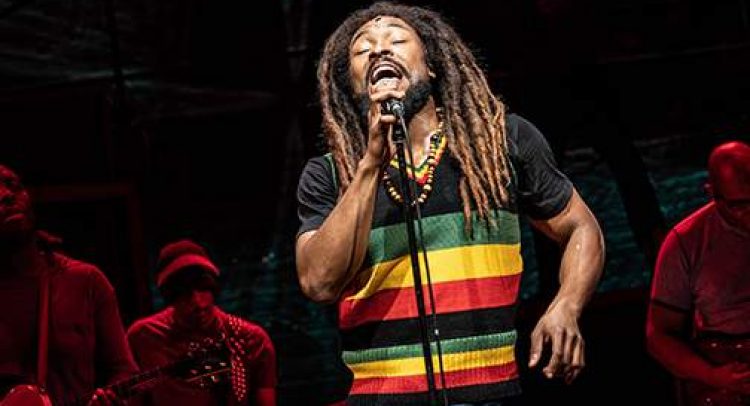 Blackwell stands up for Marley play

Although not pleased with the way he is depicted in Ge t Up, Stand Up!, Island Records founder Chris Blackwell is “very impressed” with the play about Bob Marley which opened in London last week.

In a recent interview with the Jamaica Observer, Blackwell said he has seen the production four times. He had high marks for actors Arinze Kene and Michael Duke who alternate as Marley.

The 84-year-old music industry mogul is largely credited with Marley’s international rise during the 1970s. Island Records distributed the singer/songwriter’s albums during that period.

The tumultuous relationship he reportedly had with Peter Tosh and Bunny Wailer, Marley’s colleagues in The Wailers, is reflected in Get Up, Stand Up! Blackwell is “not exactly” thrilled with how he is portrayed but has no problems with the script.

“On the other hand, it doesn’t hurt the musical and I think the audience would probably find it funny,” he said.

Charles Blyth and Henry Faber play Blackwell in Get Up, Stand Up!

After a handful of pre-releases, Get Up, Stand Up! officially opened at the Lyric Theatre in the West End on October 20. It is directed by Clint Dyer.

Reviews have been generally good. For the BroadwayWorld website, Debbie Gilpin wrote:

“Quite simply put, this is the best new jukebox musical in years. It ticks all the boxes you need for a good night out: it’s entertaining, there’s an emotional heart, the musical performances are superb, and it has something to say. You know you’re onto a winner when the audience needs no invitation to get on their feet for the final few songs. Is this love? I rather think it is.”