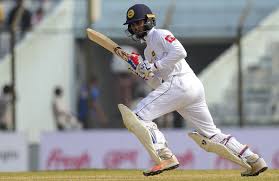 Veteran Devon Smith’s sensational form in the last regional first-class season proved too difficult to ignore, and selectors have picked him in a 13-man squad to face Sri Lanka in the three-Test series next month.

The Grenadian’s call-up comes five months shy of his 37th birthday and just over three years since he last played international cricket, on England’s three-Test tour of the Caribbean when he managed just 94 runs from four innings.

However, Smith was nothing short of superb in the last first-class season, amassing a record-breaking 1,095 runs at an average of 84, with six hundreds to surpass 13,000 career runs.

Smith had been one of only seven batsmen to pass 600 runs the previous season and prior to that in the 2015-16 campaign, topped the batting charts with 719 runs.

Chairman of Selectors Courtney Browne said Smith’s heavy scoring had forced the hands of the panel.

“We have retained the core of the Test team as they remain competitive even after a tough series in New Zealand,” he said.

“Devon Smith had an outstanding year and players who excel to that degree should be recognised. We are trying to improve our top-order batting performances.”

West Indies “A” one-day skipper Jahmar Hamilton is the lone uncapped player in the squad, despite one of his leanest first-class returns in recent years where he scraped 237 runs at an average of 16 for Leeward Islands Hurricanes.

However, the 27-year-old lashed a hundred and a half-century against touring England Lions last February, form which seemed to get the attention of selectors.

“Jamar Hamilton comes into the squad after consecutive strong performances over the last three years and showed even better quality in the A-Team series against the England Lions. We wish the team every success,” Browne noted.

No place in the squad has been found for Jermaine Blackwood, however, the dashing Jamaican right-hander who has averaged 30 in 27 Tests.

He has struggled for form internationally with just 15 runs from his last five Test innings, but returned to average 40 from three matches in the first-class campaign earlier this year, and also gathered a pair of half-centuries in one-dayers against Lions last March.

As expected, the squad will be led by Captain Jason Holder, and includes regulars like Roston Chase, Shai Hope, Shannon Gabriel and Kemar Roach.

West Indies will clash in Tests at Queen’s Park Oval, the Darren Sammy Cricket Ground and Kensington Oval from June 6-27.

The final Test at the Oval will be a historic day/night affair.