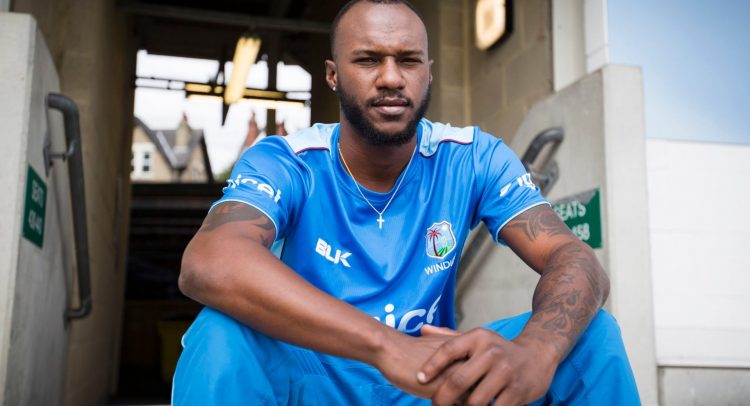 KINGSTON—Batsman Jermaine Blackwood has welcomed his recall to West Indies colours for the upcoming England tour and says he has resolved not to make the same mistakes which led to his ouster three years ago.

He is part of the West Indies contingent which leaves today for the tour of England.

The 28-year-old became a virtual fixture in the Test side after making his debut in 2014 but despite a century and ten half-centuries in 28 Tests, developed a reputation for rash stroke-play and reckless dismissals.

He helped West Indies to a historic win at Leeds on their last tour of England in 2017 but then managed only 15 runs from his next five innings and was axed.

“I’ve been out of the Test team for [almost three years], and getting back to the set-up I feel very good. I worked very hard to get back,” the Observer (Jamaica) quoted the Jamaican right-hander as saying.

“My goal is to try to [learn from] the mistakes that I made in the past. Now I’m older and have more understanding of what I need to do in terms of when I get to a half-century.

“I have a lot of half-centuries and the conversion rate is very poor so I’m looking to better that if I get the chance.”

Case in point, with West Indies on 246 for four and chasing 322 for victory on the final day of the second Test at Leeds, Blackwood entered to lash a pulsating 41 from 45 balls to turn the tide firmly in the Caribbean side’s favour.

But with two runs required for victory, Blackwood suffered a rush of blood, missed a wild charge at off-spinner Moeen Ali, and was stumped.

Cognisant of the need to change his mindset, Blackwood curbed his natural ultra-attacking instinct during the recently concluded first class championship and reaped dividends, topping the run charts with 768 runs from eight matches at an average of 51.

The highlight of the season was his stellar career-best 248 against Leeward Islands Hurricanes—the seventh highest individual score in the history of the first class championship—and Blackwood said that new maturity was one he hoped to display going forward.

“I’m looking to take this approach that I had in the four-day [tournament],” he noted.

“Everybody [has] always been telling me to just bat some balls because the way that I score fast, once I’m out there for hours I’m going to score. I took that approach in the four-day and I’m gonna take this right through my career.”

Blackwood will be heading to England with a history of an excellent record against the hosts, averaging 55 from six Tests. In addition, his only Test hundred has come against the English—an unbeaten 112 on the 2015 tour of the Caribbean.

Blackwood, who boasts a career average of 30, said he was not fazed by the prospect of returning against the likes of powerful England on their home turf.

“I’ve played in England a few times, so I know the conditions somewhat. England have a very great bowling attack but I’m just going there to do my thing,” he stressed.

“I’m just going there to put my best foot forward and to go out there and score runs. I don’t really care who I’m playing against, I’m just looking to score runs and spend some time in the middle.” CMC

Beyonce speaks out against racism and sexism in graduation speech