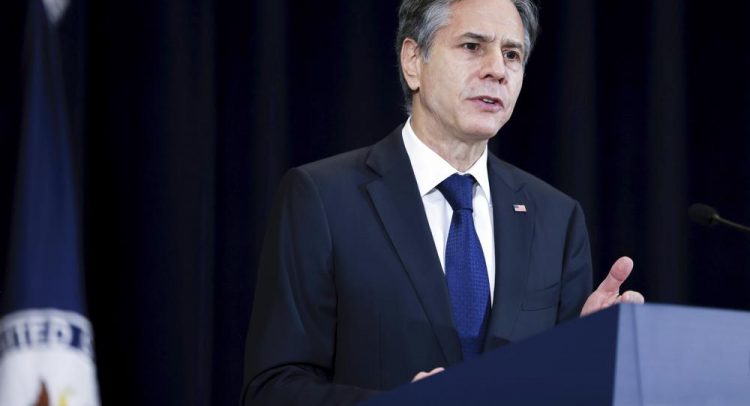 WASHINGTON (AP) — Secretary of State Antony Blinken is set to defend the Biden administration’s much-criticized handling of the U.S. military withdrawal from Afghanistan before Congress in what are expected to be contentious hearings.

In separate House and Senate testimony starting on Monday, Blinken will face lawmakers angry about the administration’s response to the quick collapse of the Afghan government and, more specifically, the State Department’s response to what many claim was a predictable result in the final days of the American military presence there.

The department has come under heavy criticism from both Republicans and Democrats for not doing enough and not acting quickly enough to get American citizens, legal residents and at-risk Afghans out of the country after the Taliban took control of Kabul on Aug. 15.

In remarks prepared for his first appearance, before the House Foreign Affairs Committee, Blinken sought to deflect allegations of unpreparedness by noting that the Biden administration had inherited a U.S.-Taliban peace deal from its predecessor, along with a languishing program to grant visas Afghans who had worked for the U.S. government.

Blinken, who had publicly predicted in June that a complete Taliban takeover would not happen “from a Friday to a Monday,” also moved to pre-empt criticism of his prediction by noting that no one in the U.S. government expected the Afghan government to fall as quickly as it did.

“Even the most pessimistic assessments did not predict that government forces in Kabul would collapse while U.S. forces remained,” Blinken says in prepared remarks released by the State Department. He also defended the evacuation effort, saying it succeeded despite near insurmountable odds.

“The evacuation was an extraordinary effort – under the most difficult conditions imaginable – by our diplomats, military, and intelligence professionals,” he was set to tell lawmakers. “In the end, we completed one of the biggest airlifts in history, with 124,000 people evacuated to safety.”

But Republicans, in particular, have been demanding answers as to why American citizens were left behind in the chaotic days and weeks before the military completed its withdrawal on Aug. 30.

In a likely preview of GOP questions, the Republican National Committee released a statement early Monday with the banner headline “Fire Blinken,” demanding that he be held to account for what it described as a litany of failings.

“Blinken’s disastrous handling of Afghanistan and weak leadership put American lives in danger, including the lives of Americans still trapped in Afghanistan,” the GOP committee said.

Blinken is very close to President Joe Biden and his job as America’s top diplomat is almost certainly safe, but criticism of the administration’s handling of the Afghanistan withdrawal has not been limited to Republicans.

Numerous Democrats have also questioned the policy and expressed concern about stranded Americans, green card holders and Afghans who could face retaliation from the Taliban because of their work or ties to the U.S. government over the past 20 years.

State Department officials have acknowledged that the congressional hearings could be contentious and possibly ugly, but many remain convinced the U.S. military and other officials did the best they could under extremely trying circumstances — including the evacuation of the U.S. Embassy in Kabul and the crush of thousands of desperate people at Kabul’s airport seeking to leave the country.

Secretary of State Antony Blinken speaks during a 9/11 commemoration event to mark the 20th anniversary of the Sept. 11, 2001 attacks, at the State Department in Washington, Friday, Sept. 10, 2021. (Evelyn Hockstein/Pool via AP)