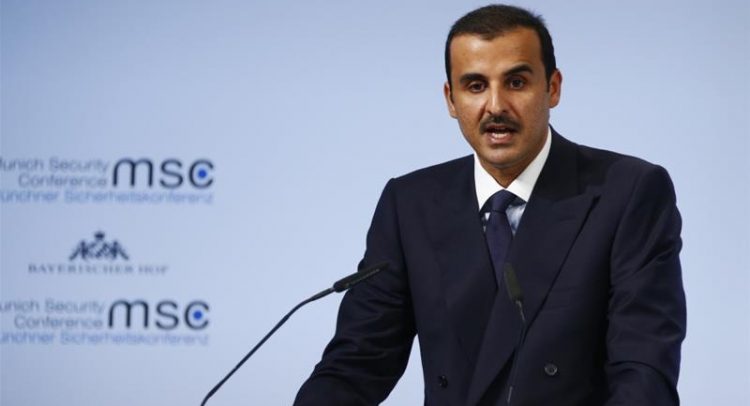 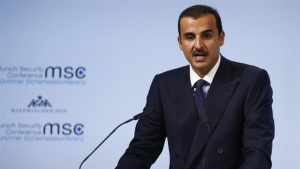 An ongoing blockade of Qatar by a Saudi-led group of countries is “futile”, the Qatari emir has said, warning that the months-long crisis is undermining the region’s security and economic outlook.

Saudi Arabia, the UAE, Bahrain and Egypt cut diplomatic ties with Qatar in June 2017 and imposed a land, sea and air embargo, accusing it of supporting “terrorism”. Doha has repeatedly denied the allegation.

“It has been a futile crisis, manufactured by our neighbours,” Sheikh Tamim bin Hamad Al Thani told a major security conference held in Germany on Friday.

“By defusing the impact of the illegal and aggressive measures imposed on our people, Qatar has preserved its sovereignty,” he said.

“Those aggressive actors wish to use smaller states as pawns within their power games and sectarian conflicts.”

Despite the measures against it, Qatar has developed new international trade routes and accelerated economic diversity, Sheikh Tamim added.

Al Jazeera’s Hashem Ahelbarra, reporting from the Munich Security Conference, said the emir’s comments were intended as a rebuke of the policies implemented by the blockading countries.

Sheikh Tamim also called for a comprehensive security settlement in the Middle East, saying the region must be brought back from the brink of disaster.

Earlier on Friday, UN Secretary-General Antonio Guterres warned of a “mess” in the Middle East.

“The Middle East … [has] a number of different faultlines that are crossing each other and interconnected,” Guterres said during his address to the conference, pointing to ongoing tensions between Israel and Palestine, Sunni and Shia Muslims and the Gulf crisis.

An open discussion on the current political tensions in the Gulf region is also scheduled to be held on Sunday.