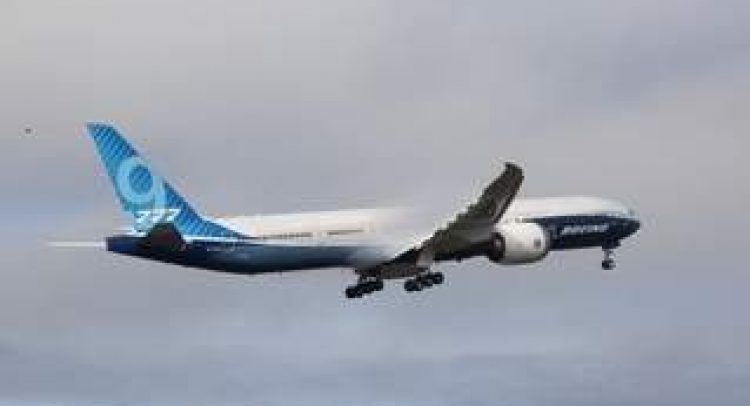 MOSCOW, Russia (AFP) — A Boeing 777 airliner on Friday made an emergency landing in Moscow with engine problems, the operating airline said, days after another model rained down engine debris over the United States.

State-owned Rossiya airline said the crew had registered the “incorrect operation of the engine control sensor” on a cargo flight from Hong Kong to Madrid and “decided to make an emergency landing in Moscow”.

Online flight trackers confirmed the flight was carried out with a Boeing 777.

The airline said the unscheduled landing went ahead without incident and that no one was injured. The plane was due to continue its onward journey to Madrid after a delay of several hours, it added.

General Electric, which manufactured the engine on the jet, said it was working with the carrier.

“At GE Aviation, safety is our first priority,” a company spokesperson told AFP. “Our technical support teams are working closely with the airline, which has returned the aircraft to service.”

The incident came just days after Boeing confirmed that dozens of its 777 aircraft were grounded globally resulting from the engine of a United Airlines plane catching fire and scattering debris over a suburb of Denver, Colorado.

No one was injured in the Denver incident.

However, the 777 planes removed from service were constructed with different engines made by Pratt & Whitney. On Monday, the Federal Aviation Administration ordered inspections of all 777 planes made with similar Pratt & Whitney engines.

Malfunctions in engines are not uncommon and most airplanes are designed to be able to fly for several hours on one engine until crew identify and land at the nearest available airport.

Investigators have attributed the Denver incident to a fan blade that broke off soon after takeoff due to metal fatigue and apparently breached the engine cover, known as a cowling.

A Boeing 777X airplane takes off on its inaugural flight at Paine Field in Everett, Washington on January 25, 2020. (Photo: AFP)