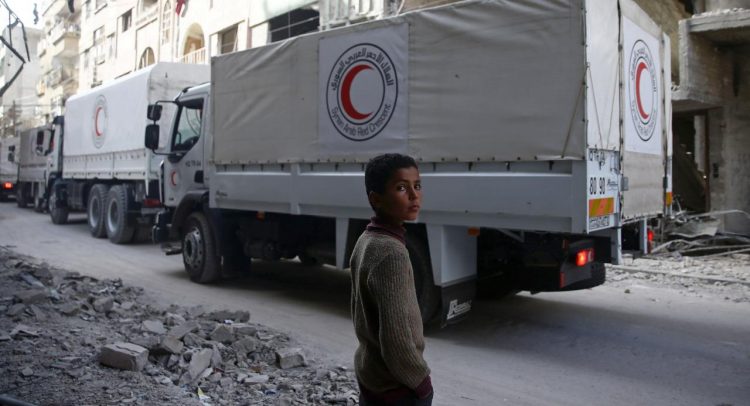 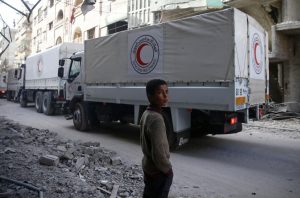 An emergency aid delivery crossed front lines into the besieged rebel enclave of eastern Ghouta on Friday but ran quickly into danger from shelling, the top U.N. official in Syria said, amid a fierce government offensive.

In less than two weeks, the Syrian army has retaken nearly all the farmland in eastern Ghouta under cover of near ceaseless shelling and air strikes, leaving only a dense sprawl of towns – about half the territory – still under insurgent control.

The onslaught has killed more than 1,000 people, the medical charity Medecins Sans Frontieres (MSF) said on Thursday. The war monitor, the Syrian Observatory for Human Rights, on Friday gave a death toll of 940 civilians in the campaign.

For eastern Ghouta’s civilians, trapped in underground shelters but deprived of food and water, there is a constant dilemma – whether to seek supplies or stay inside.

“People were hopeful after the bombardment decreased and went out onto the streets. But then air strikes began again, and there are still people under the rubble that we couldn’t get out,” said Moayad al-Hafi, a man in the town of Saqba.

Damascus and its main ally Moscow have both said the assault is needed to stop rebel shelling of the nearby capital Damascus and end the rule of Islamist insurgents over civilians in eastern Ghouta.

But U.N. human rights chief Zeid Ra’ad al-Hussein has said, in comments criticized by Syria’s government, that the assault was “legally, and morally, unsustainable”.

Oil up after sell-offs amid optimism about Trump meeting Kim