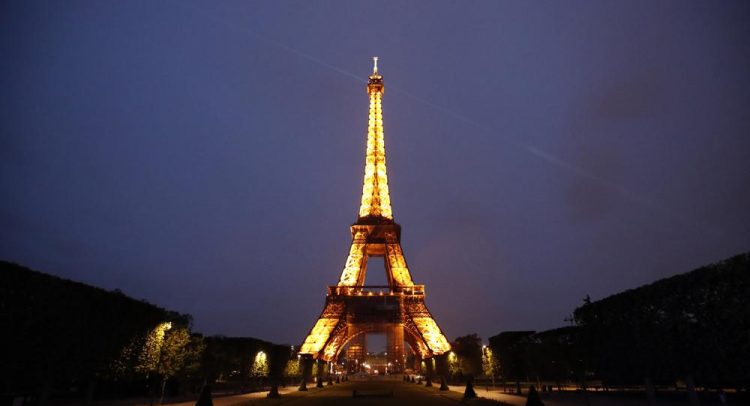 A stroll in Pablo Picasso’s footsteps in Montmartre; breathing in the scents of Provence; a walk along D-Day beaches: These and all of France’s other attractions will again become easily accessible from next week to most foreign tourists — if they are vaccinated.

France is putting itself back on the menu as a destination for international visitors who have had COVID-19 jabs. The government announced Friday that it is removing the need for coronavirus tests for vaccinated Europeans. It also is allowing vaccinated tourists from most of the rest of the world, including the United States, much of Asia, Africa, the Middle East and North and central America to come back, if they have a negative test.

The relaxed rules will kick in from Wednesday, offering a boost for France’s valuable tourism sector that generated tens of billions of euros (dollars) and sustained more than 1 million jobs before the pandemic froze mass tourism.

For French tour guide Linda Zenou, the return of foreign visitors cannot come soon enough: unemployment payments that she’s been surviving on during the pandemic stopped last month, leaving her with “no more resources, nothing.” The 61-year-old has had no foreign tourists to guide since she led a busload of English and Spanish speakers around the Palace of Versailles in February 2020.

“Every day there are announcements that the Americans — ‘Whoopee!’ — et cetera are coming back,” she said. “It’s going to take time to put in place and since I’m desperate, it’s hard to be positive.”

The co-owner of the magnificent Vaux-le-Vicomte château southeast of Paris also said he expects a “timid” return of foreign tourists, who used to make up about one-quarter of visitors to the 17th century estate.

Tourism to France will still not be possible from countries wrestling with virus surges and worrisome variants. This “red list” for the moment has 16 countries, including India, South Africa and Brazil. Even vaccinated, travelers from red countries would still need to justify the trip and quarantine for a week.

Outside of Europe, most of the rest of the world is classed as “orange” in the new travel rulebook released Friday by the French government.

Vaccinated visitors from “orange” countries — including the U.S. and Britain — will no longer need to quarantine on arrival, or have to justify the reasons for their trip to France. They will, however, still be asked for a negative PCR test no older than 72 hours, or a negative antigenic test of no more than 48 hours.

Unvaccinated children will be allowed in with vaccinated adults, but will have to show a negative test from age 11.

European visitors and those from seven countries classed as “green” — Australia, South Korea, Israel, Japan, Lebanon, New Zealand and Singapore — will no longer need to undergo testing if they’re vaccinated.

The Eiffel Tower is illuminated in Paris, Tuesday, May 25, 2021. France is putting itself back on the menu as a destination for international tourists who have had coronavirus jabs. The relaxed rules will kick in from Wednesday, offering a boost for France’s tourism sector. Tourism will still not be possible from countries wrestling with virus surges and worrisome variants, including India, South Africa and Brazil. (AP Photo/Francois Mori)