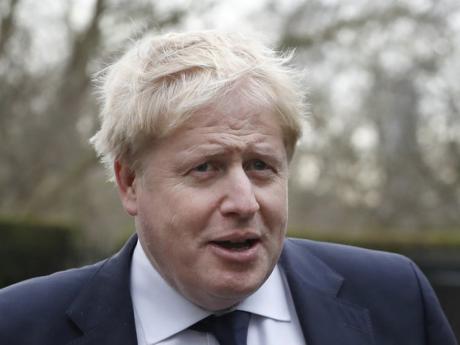 May’s office said in a terse statement that the prime minister had accepted Johnson’s resignation and would name a replacement soon.

There was no immediate statement from Johnson, another loud pro-Brexit voice within May’s divided government, and one of the best-known and most flamboyant members of the government.

Davis said he could not support May’s plan to maintain close trade and regulatory ties with the European Union, which he said gave “too much away, too easily”.

“There is now a new secretary of state and we look forward to moving on,” he said.

If Davis’s resignation rattled May, Johnson’s shook the foundations of her government.

The resignations came just days after May announced she had finally united her quarrelsome government behind her plan for a divorce deal with the EU.

During a 12-hour meeting on Friday, May’s fractious Cabinet — including Davis — finally agreed on a plan for future trade ties with the EU.

Less than nine months remain until Britain leaves the bloc on March 29, 2019, and the EU has warned Britain repeatedly that time is running out to seal a divorce deal.

Britain and the EU hope to reach a broad agreement by October so that EU national parliaments can ratify a deal before Britain leaves.