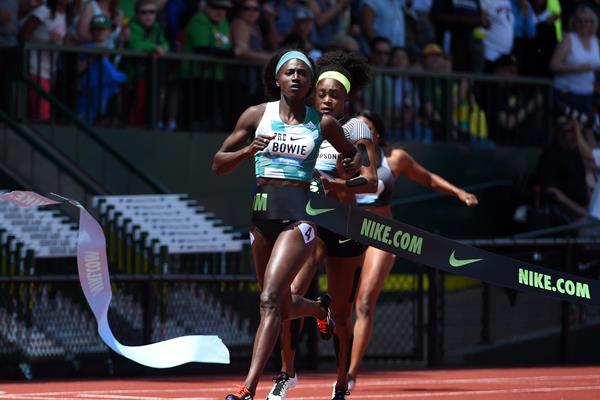 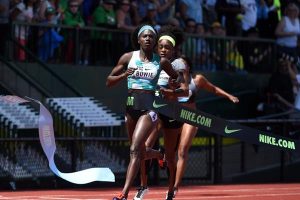 Bowie has won the 200m three times at the Prefontaine Classic and last year set an IAAF Diamond League record of 21.77 in Eugene. Having won her first national 100m title at Hayward Field and then set her lifetime best of 10.78 on the same track one year later, this year she will be vying for her first Pre Classic 100m victory.

Olympic champion Thompson may have been beaten out of the 100m medals at last year’s World Championships, but she rebounded to win her second Diamond Trophy. The Jamaican is the only woman since Florence Griffith-Joyner in 1988 to win Olympic gold in the 100m and 200m in the same year, claiming both in Rio.

Ahoure won the world indoor 60m title in March in a world-leading 6.97, breaking her own Ivorian record. She holds the African 100m record of 10.78 and picked up silver medals in both the 100m and 200m at the 2013 World Championships.

Following world silver medals at 100m and 200m last year, compatriot Marie-Josée Ta Lou earned another medal of the same hue in the 60m at this year’s World Indoor Championships. She set a world-leading PB of 10.85 in her first 100m race of the year, winning in Doha.

European 200m champion Dina Asher-Smith will be returning to Hayward Field for the first time since winning the 2014 world U20 100m title. The British 100m and 200m record-holder has finished in the top five in the 200m at the three most recent global championships.

Javianne Oliver won the US indoor 60m title earlier this year in a PB of 7.02 and will be making her Prefontaine Classic debut.