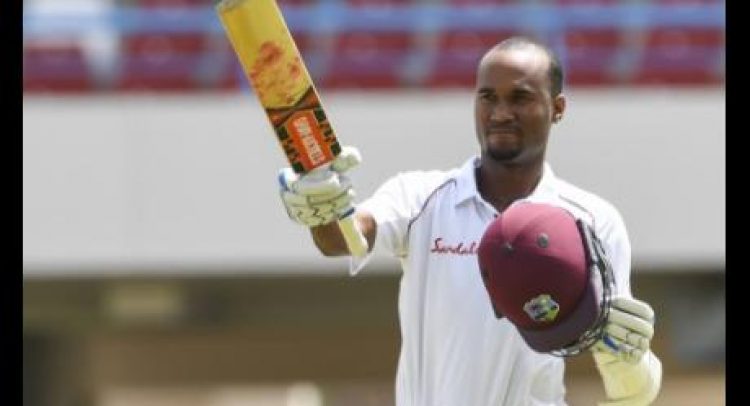 Struggling opener Kraigg Brathwaite yesterday brushed aside concerns over his form ahead of next month’s three-Test series against England, stressing that he was focused squarely on “doing his job” at the top of the order.

Reiterating that he felt no increased pressure following a run of low scores, the 27-year-old pointed out that the upcoming series provided a new opportunity to excel, especially in a country where he enjoyed playing.

“And as I said, I know my role, so for me it’s just to go out there and focus on each ball and building that foundation for the team. Obviously, the batting didn’t do that well the last couple innings, but I’m ready to go. I’m up to the challenge.”

He added: “I’m just looking to do my job, which is opening, getting the shine off the new ball and building that foundation for the guys to follow.

“That’s what I’ve been focusing on, and if every innings I can do that, it will put the team in a good position. I’ve got six innings, potentially, on this tour and I’m aiming to do my job in all six.”

Brathwaite is West Indies’ leading opener but has averaged just 12 from his last 10 Tests inside the last two years, raising question marks about his place in the current touring party.

Since back-to-back centuries in a two-Test series against Bangladesh in the Caribbean in 2018, the right-hander has gone 20 innings without a half-century and has watched his overall Test average decline to 33.

On his last tour here in 2017 – his only series in England – he was one of the tourists’ leading performers, averaging 47 from three Tests. His 134 and 95 at Leeds helped West Indies pull off a stunning last-day victory to level the series.

“Obviously, that’s almost three years ago, but looking back at some footage, you obviously can see things you did well, but that’s history,” the right-hander cautioned while adding that he enjoyed English conditions.

West Indies’ batting is expected to come under the microscope, especially in English conditions that favour veteran seamers Jimmy Anderson and Stuart Broad, who have taken an amazing 1,069 Test wickets between them.

The first Test bowls off at the Ageas Bowl in Southampton on July 8 behind closed doors.

Bars, restaurants roll out new protocols for reopening next week