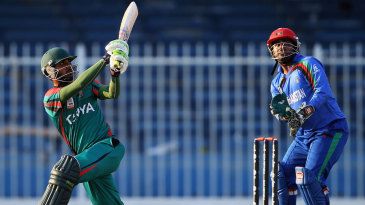 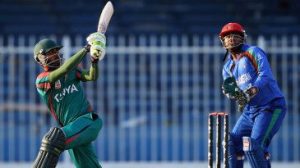 A century from Kraigg Brathwaite ended Kent’s hopes in the West Indies Super50 Cup, as Barbados progressed to Saturday’s final with a 13-run DLS win in a rain-reduced contest in Antigua.

Kent, who had qualified second in their group behind Guyana, were always up against it after losing the toss against a talented Barbados line-up.

Kent’s spinners were able to keep Barbados’s intentions in check through the middle overs, with Imran Qayyum (1 for 40) and Adam Riley (1 for 34) both returning economical figures. But Chase led the way in plundering 60 runs between overs 41 and 45 to leave the visitors with a stiff chase.

With poor weather twice forcing the teams from the field in the opening overs, that challenge was made even tougher, and Kent lost both openers, Daniel Bell-Drummond and Zak Crawley, to the left-arm seam of Dominic Drakes – the son of former West Indies quick, Vasbert.

Brathwaite then bowled Alex Blake for 6, and though Sean Dickson and Adam Rouse added 64 for the fourth wicket, Kent were already slipping behind the asking rate when Dickson miscued a return catch off the legspin of Hayden Walsh for 51.

After the players had had to leave the field for a fourth time, Kent’s requirement became an unlikely 37 off 15 balls, and despite the efforts of Grant Stewart and Calum Haggett, they finished well short.