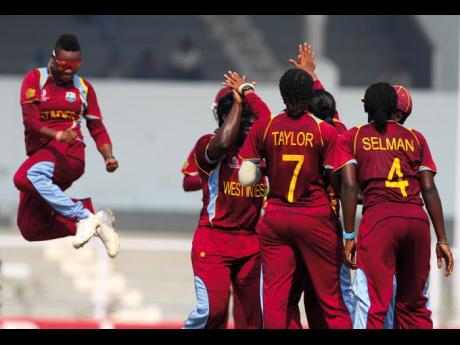 Brathwaite was the hero of the men’s 2016 T20 World Cup final in India, blasting four consecutive sixes at the start of the final over to power the men’s side to their second crown.

“It will be massive. The Women’s World T20 will be a big deal for us in the West Indies and I expect our girls to score big,” said Brathwaite, speaking recently during the Hurricane Relief Twenty20 between West Indies and the ICC World XI at Lord’s.

“The last world event we had in the region was 2010 (men’s and women’s World T20s), so to have a tournament of this magnitude will be significant. It will be on television, on the radio and a huge boost for young girls and young women in the region.

“We have some real-life legends of women’s cricket in our team — Stafanie Taylor, Anisa Mohammed, Deandra Dottin — and these are players that aspiring young girls can look up to.”

The ICC Women’s World T20 will be played November 7-24 at the Guyana National Stadium, the Darren Sammy Stadium in St Lucia, and the Vivian Richards Cricket Ground in Antigua.

The semi-finals and final will be staged at the Vivian Richards Cricket Ground.

Brathwaite, a much sought-after player on the global T20 circuit, said he expects the event to help drive the development of the women’s game in the region.

“Our girls will be playing closer to home, actually at home, and they will be visible,” Brathwaite pointed out.

“We also have a number of players coming from the other teams who will make an impact on the tournament and it will be great to see them up close as well.

The showpiece is the first stand-alone ICC Women’s World T20 tournament and all matches will be broadcast live to the global audience for the first time.