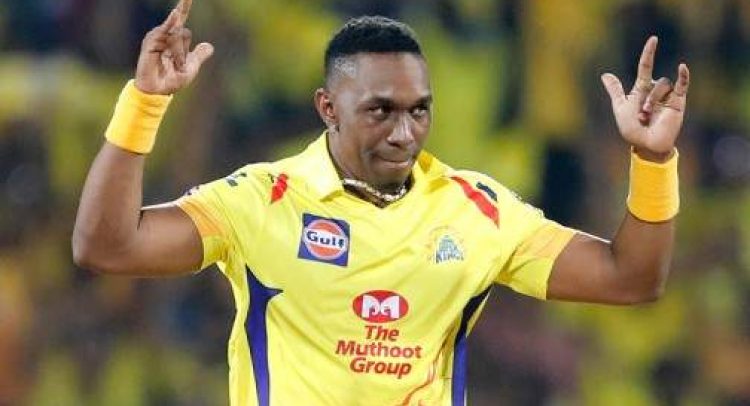 Bravo survives ‘duck’ to shine with ball in CSK win

Veteran all-rounder Dwayne Bravo fell for a first-ball “duck” but returned to shine with the ball to claim two wickets to earn Chennai Super Kings (CSK) a 20-run win over Sunrisers Hyderabad in the Indian Premier League here yesterday.

Playing at the Dubai International Cricket Stadium, CSK gathered 167 for six off their 20 overs after choosing to bat, with Australian Shane Watson top-scoring with 42 off 38 deliveries and Ambati Rayudu carving out 41 off 34 balls.

The pair put on 81 for the third wicket to pull their side around from 35 for two in the fifth over before Ravindra Jadeja (25 not out) and Captain MS Dhoni (21) added a further 32 for the fifth wicket to give the innings late impetus.

Arriving at the crease at the end of the penultimate over after Dhoni holed out to cover, Bravo missed a heave at the first ball of the final over from left-arm seamer Thangarasu Natarajan (2-41) and had his stumps rearranged.

In reply, New Zealander Kane Williamson struck 57 off 39 deliveries but the remainder of the batting failed as Sunrisers declined to finish on 147 for eight.

They were struggling on 27 for two in the fourth over before Williamson tried to prop up the run chase, posting 32 for the third wicket with English opener Jonny Bairstow (23) and a further 40 for the fourth wicket with Priyam Garg (16).

But needing a steep 67 runs from the last five overs, Sunrisers lost four wickets and managed only 46 runs to come up short.

Bravo’s medium pace proved key during this period, two of his three overs costing 14 runs and yielding two wickets – including a last over in which he conceded a single run.