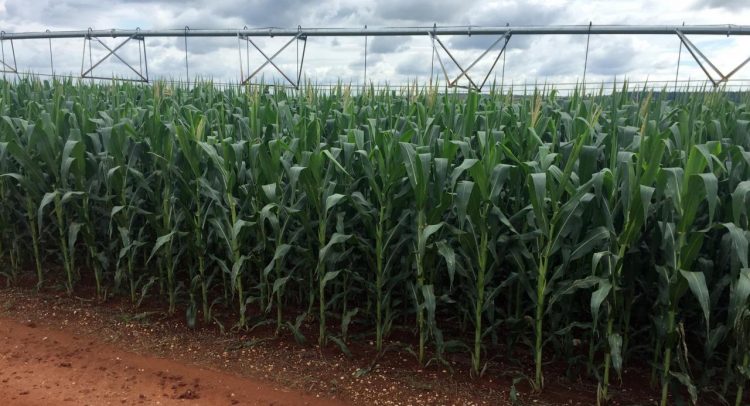 He looked at global trends, including rising U.S.-China trade tensions and a stubborn sugar-market glut. Then he tore up the last of his cane fields and ditched a decades-old supply contract with a local sugar mill.

Lopes planted soybeans across his 1,600-hectare (4,000-acre) farm in Sao Paulo state – a bet that paid off earlier this month when Chinese buyers loaded up on South American soy after Beijing imposed tariffs on U.S. beans. The farmer got his highest price ever for soybeans.

“It was unusual for this time of year,” Lopes said in an interview at his farm, where he’s prepping to plant another soy crop in September. “It’s got to be a result of Chinese demand.”

Shifting trade flows are redefining the Brazilian landscape, spurring more farmers to align their crops with Chinese appetites. The nation’s soy plantings have expanded by 2 million hectares in two years – an area the size of New Jersey – while land used for cane shrank by nearly 400,000 hectares, according to government data.

China’s growing demand for meat has supercharged soy imports for animal feed. The Asian nation paid $20.3 billion last year for 53.8 million tonnes of soybeans from Brazil, nearly half its output — and up from 22.8 million tonnes in 2012.

A new 25 percent Chinese tariff on U.S. soybeans – a retaliation for U.S. levies by President Donald Trump – is expected to boost Brazil’s soy exports to an all-time record this year.

Brazil’s grains boom has it rivaling United States as the world’s top soy producer this year, after outpacing U.S. exports over the past five years.

All that soy is eating into Brazil’s sugarcane belt, which is reeling from sugar prices near multi-year lows. Chinese sugar tariffs have weighed on the global market for the sweetener as developed nations continue to cut back consumption.

“We lost 3,000 hectares of cane area to grains in the last two years,” said Roberto de Rezende Barbosa, chief executive of Nova América, one of the largest cane growers in Brazil, managing 110,000 hectares.

Rezende said he had seen farmers migrating from sugarcane into grains in nearly every state where both crops are viable.

The crop swap is catching on quickly with farmers, threatening the survival of cane mills they once supplied.

About 60 cane mills have closed in the past five years in Brazil’s center-south cane region. About 270 that remain open must fight harder than ever to secure cane supplies.

Agroconsult, an agribusiness consultancy, said it has received requests from mills to calculate the premium they will have to pay producers to keep them from switching to grains.

Douglas Duarte, a director at the Londra mill in Itaí – which used to lease part of the Lopes farm – said he has plans to add 500,000 tonnes of capacity at the mill but has yet to line up enough cane supplies.

With so many farmers focused on grain, Duarte has worked to sign leases with families who are not interested in actively managing their land.

“In places where the owners have expertise with grains — the equipment and everything — then you can’t compete,” he said.

n some places, the closing of cane mills has also discouraged planting.

So Riberio replaced 400 hectares of cane with soybeans, adding to the 2,000 hectares of soy he already had planted. As he watched the U.S.-China trade war escalate, he bought two new grain silos, more soybean-planting machinery and a new harvester.

Plenty of sugar mills, which often grow part of the cane they process, have realized they cannot fight the soy boom and decided to plant their own soybeans as part of a crop rotation strategy.

Cane fields typically need to be replanted after five or six years, and mills are using the renovation window to produce soybeans.

“In the past, those areas subject to renovation would be left fallow until the following year,” said Victor Campanelli, who has exploited the niche.

While the grains bonanza has many farmers flush with cash, some are wary about relying so much on one crop and one massive importer.

“This Chinese demand has attracted all the farmers,” said Marcos Cesar Brunozzi, who switched part of his land from sugar to grains in the state of Minas Gerais. “I hope the whole situation doesn’t change suddenly, because we are betting big.”

Lopes has no regrets about tearing up his cane fields.