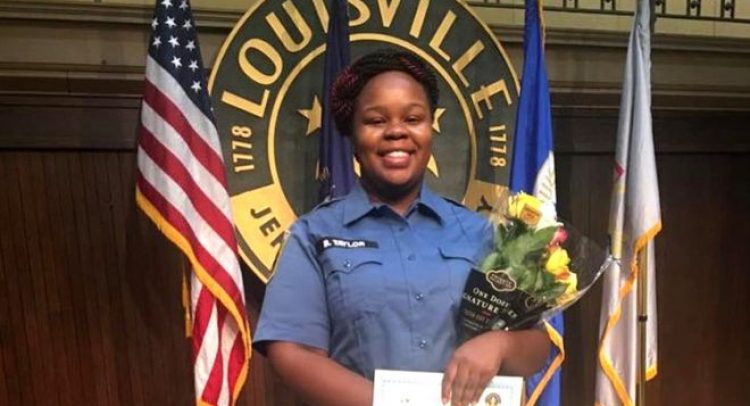 Pop star Beyoncé has demanded justice for a black woman killed by police in a letter to the attorney general in the US state of Kentucky.

Ms Taylor, 26, was shot eight times while she slept when officers entered her home in Louisville on 13 March.

They were executing a no-knock search warrant as part of a drugs raid.

A no-knock warrant is a search warrant approved by a judge that permits police to enter a home without permission.

Inside, the officers exchanged fire with Ms Taylor’s partner, who believed the raid was a home invasion, but no drugs were found.

Police have said they knocked before using a battering ram to enter the home but this account has been disputed by Ms Taylor’s family and a neighbour.

The three officers involved – Jon Mattingly, Myles Cosgrove, and Brett Hankison – have been placed on administrative leave but none have been arrested or charged over Ms Taylor’s death. Investigations are ongoing.

“Three months have passed – and Breonna Taylor’s family still waits for justice,” Beyoncé wrote in the letter, shared on her official website on Sunday.

Ms Taylor’s killing has been propelled into the spotlight again since the death of unarmed African-American man George Floyd, who died in police custody in Minneapolis, Minnesota, last month.

Ms Taylor’s name has been used as a rallying cry for the Black Lives Matter protests sweeping the US and the globe.

Last Thursday, Louisville’s city council voted unanimously in favour of banning no-knock warrants. Similar legislation that would ban the warrants nationwide was tabled in Congress, the US federal legislature, on the same day.

Beyoncé said the legislation represented “small steps in the right direction” but were a “painful” reminder that there was still “no justice for Breonna Taylor”.

What else did Beyoncé’s letter say?
Beyoncé was critical of the Louisville Metro Police Department’s investigations into the killing of Ms Taylor, which have “created more questions than answers”.

She questioned the accuracy of an incident report about the killing released last week by the police department.

In it, Ms Taylor’s injuries were listed as “none” yet “we know she was shot at least eight times”, Beyoncé wrote.

The police department previously said it was “taking immediate steps to correct the report and to ensure the accuracy of incident reports going forward”.

At the end of her letter, Beyoncé made three specific demands. She urged the Kentucky attorney general to “demonstrate the value of a black woman’s life” by:

On Sunday, the Kentucky attorney general’s office said it was aware of Beyoncé’s letter but would not comment further.

Photo: Breonna Taylor was a decorated emergency medical technician and had no criminal record (Facebook)