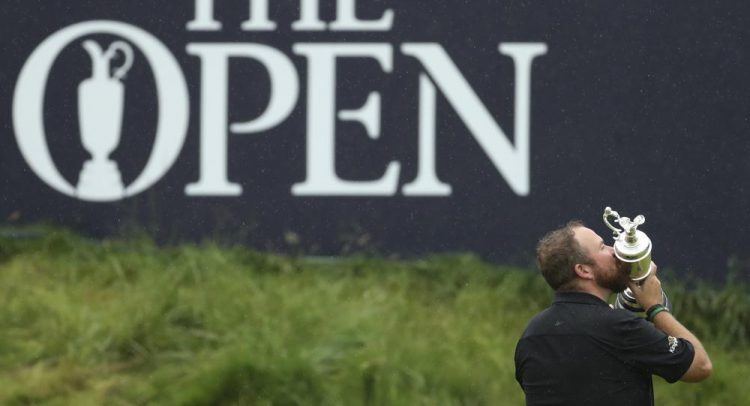 The British Open is making a rapid return to Royal Portrush.

The R&A said Wednesday the world’s oldest major championship will be back at the Northern Irish venue in 2025, just six years after attendance records were broken on the Dunluce Links when it staged the British Open for the first time since 1951.

R&A chief executive Martin Slumbers said there is a “tremendous capacity to make it bigger and better.”

“The extraordinary scenes we had that week were different — they felt different — and we increasingly came to the conclusion that there is something special about an Open here,” Slumbers said, “and that if we delayed coming back, we may lose some of that magic.

“Coming back sooner became a real conversation for us to reinforce that.”

Slumbers said in a video call that Royal Portrush was now firmly part of a 10-course British Open rotation. There had been a contract drawn up with Northern Ireland’s government for Portrush to stage the event three times by 2040, starting with the 2019 championship.

“We are so excited about what could be achieved here in the future,” Slumbers said. “We see huge potential for Portrush to continue to develop and enhance its status, and perhaps achieve the same iconic status for golfers throughout Northern Ireland that St. Andrews enjoys in Scotland.”

Slumbers said he expects St. Andrews to break attendance records further next year for the 150th edition of the championship, but for Royal Portrush to challenge them again in 2025.

“We keep wanting to push the championship up,” he said. “We are passionate that the Open is one of the world’s greatest sporting events and to do that, (it needs) big-time crowds.”

FILE – In this Sunday, July 21, 2019 file photo, Ireland’s Shane Lowry holds and kisses the Claret Jug trophy on the 18th green as he poses for the crowd and media after winning the British Open Golf Championships at Royal Portrush in Northern Ireland. The British Open is heading back to Royal Portrush. The R&A says the world’s oldest major championship will return to the Northern Irish venue in 2025 after a successful staging of the British Open there in 2019 when Irish player Shane Lowry won by six shots. That marked the first time Royal Portrush had hosted the event since 1951. (AP Photo/Peter Morrison, File)