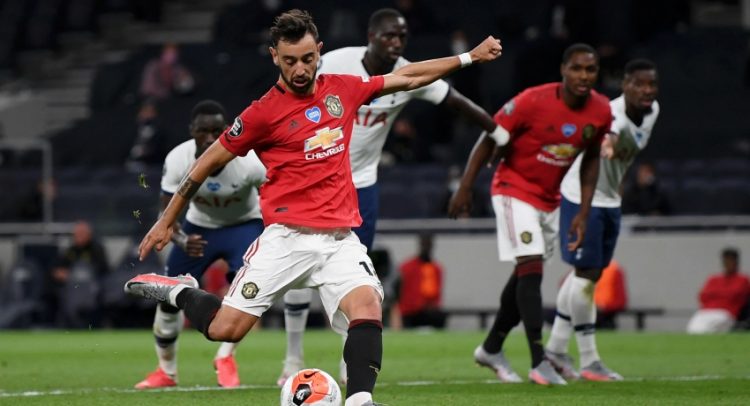 Bruno Fernandes will establish himself as a Manchester United great, according to former Portugal defender Abel Xavier.

The 25-year-old has three goals and as many assists in seven Premier League appearances, with United unbeaten in 14 matches across all competitions and yet to taste defeat with Fernandes in their ranks.

Xavier told Stats Perform News his countryman can go on to be remembered alongside the likes of David Beckham and Cristiano Ronaldo by the Old Trafford faithful.

“My view of Bruno is that he is going to be one of the major players for Manchester United over the next years,” he said.

“The way he plays, the way he controls the moments of the game… I think from what I know about the about the fans, they will love him for many years like they loved many legends from the past like Cristiano, David Beckham, Rio Ferdinand, Eric Cantona, Paul Scholes – all these legendary players.

“Bruno I think will end up in this gallery of players.”

One man whose standing has not been quite so lofty since returning to Old Trafford from Juventus in 2017 is Paul Pogba.

The France star’s performances have been a frequent matter of debate, while injuries have decimated his 2019-20 campaign.

Pogba is back to full fitness now, however, and Xavier believes he and Fernandes can enjoy a fruitful midfield alliance.

“Pogba is compatible with him because Bruno Fernandes is a clever player,” he said.

“He can adapt, he is flexible. I think he is a player who is very easy to manage for the coaches. Man United will be strong.

“We are not just talking about a great player but a player with a lot of personality.

“It is not easy to arrive to a different place like England, with a lot of history and a lot of comparisons in his position, and make a complete impact.

“He had a little profile. He was accepted, he made the difference. I think that Man United are building the team around him.”

United face Brighton and Hove Albion on Tuesday in the Premier League, where they will aim for a victory to go level on point with Wolves and close to within two points of fourth-placed Chelsea.