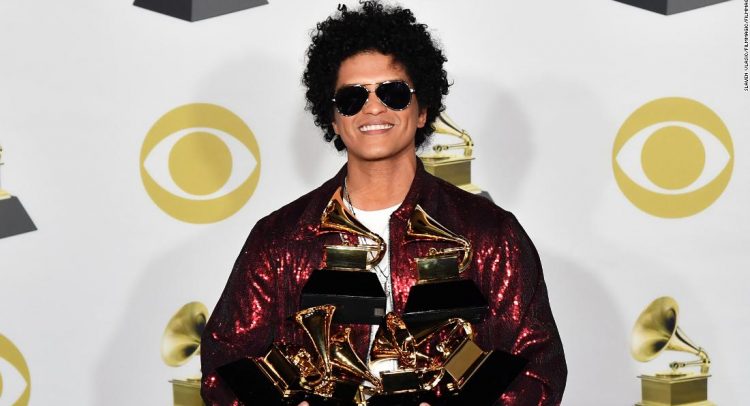 Bruno Mars grabs (nearly) all the Grammys – but where were the women? 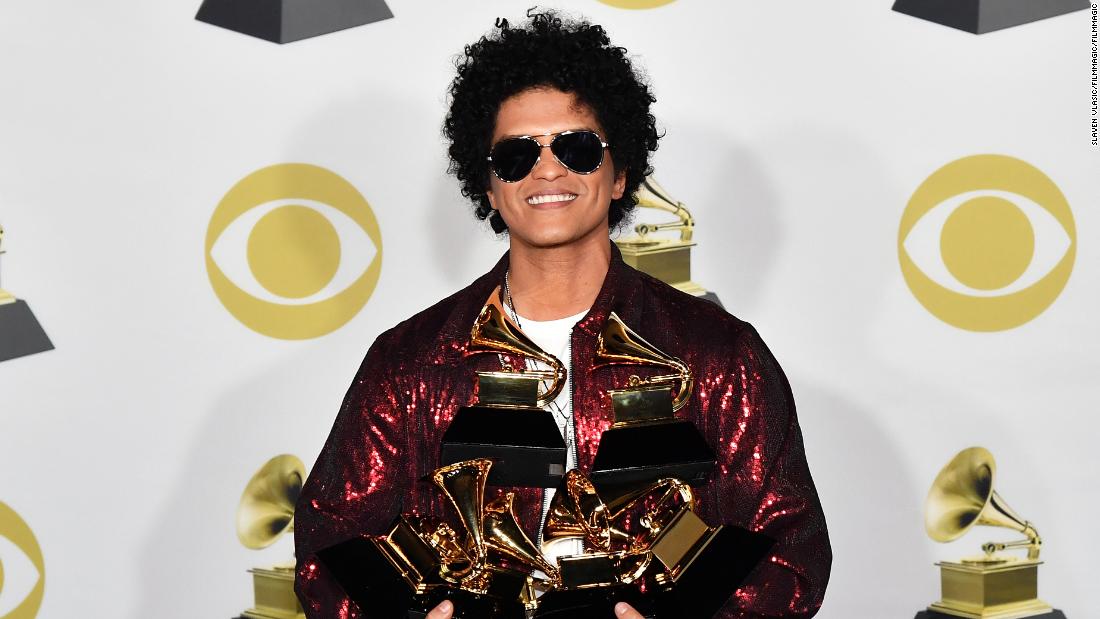 Bruno Mars and Kendrick Lamar stole the show, and most of the awards, at the 2018 Grammys.

Mars provided the night’s big upset, taking the album of the year trophy that most critics assumed would go to Lamar’s rap tour de force, Damn.

Stars like Lady Gaga, Kesha, Lorde and SZA were overlooked, with only 17 awards (out of a total of 86) going to women or female-fronted bands.

The imbalance was particularly incongruous on a night that highlighted the #TimesUp and #MeToo campaigns.

Most performers arrived for the show wearing a white rose to symbolise their support for the movements, which tackle sexual harassment and inequality.

Pop star Kesha also gave a powerful, stirring performance of her single Praying, which addresses her own experience of surviving abuse.

She was backed by an all-star choir, including Cyndi Lauper and Camila Cabello, who were dressed in white to reflect the white rose campaign.

“We come in peace but we mean business,” said R&B star Janelle Monae, introducing the performance.

“To those who would dare try to silence us, we offer two words: Time’s Up.

“We say Time’s Up for pay inequality, discrimination or harassment of any kind, and the abuse of power.”

“Let’s work together, women and men, as a united music industry committed to creating more safe work environments, equal pay, and access for all women.”

The night’s other pivotal moment was a tribute to the music-loving victims of the tragedies in Manchester and Las Vegas.

Handwritten notes bearing the names of the dead were projected on the stage as country music stars Maren Morris, Eric Church and Brothers Osborne performed Eric Clapton’s Tears In Heaven.

All three acts played at the Route 91 festival last October before a gunman opened fire on the audience, killing 58.

“All of country music was reminded in the most tragic way the connection we share with fans and the loving power that music will always provide,” said Eric Church, choking back tears.

“We wanted to come together and honour the memory of the beautiful, music-loving souls so cruelly taken from us,” added Morris.