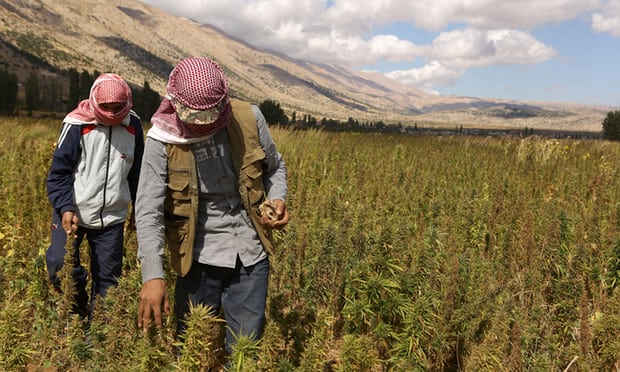 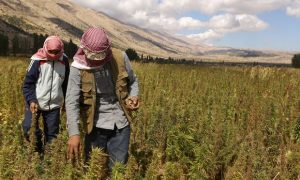 The town of Brital, in Lebanon’s Bekaa Valley, is a jarring contrast of poverty and ostentatious wealth. Busted-up old vans drive on potholed roads next to gleaming Bentleys and Range Rovers with no number plates and blacked-out windows. Unemployment is rife, and yet the landscape is dotted by large gated mansions.

The town is home to some of Lebanon’s most powerful cannabis-growing families, who cultivate their crop openly in the fields nearby and possess a vast arsenal of weapons that has put them out of the reach of the law. Over the years, it has gained a reputation for being a no-go zone. But if economists and consultants are to have their way, Brital and the entire area will be transformed by the creation of a billion-dollar legal cannabis industry.

The Lebanese government will soon study proposals to legalise cannabis cultivation to export for medicinal purposes. The plan is part of a package of reforms proposed by McKinsey & Company – a global consultancy firm hired to come up with a five-year plan to rescue the ailing economy.

The decision to recruit outside help came in the wake of increasingly dire predictions about the country’s finances. Lebanon is the third most indebted country in the world, with a debt-to-GDP ratio of 153%. The civil war in neighbouring Syria made a bad situation even worse: economic growth has dropped from 9% before the conflict to about 2% today.

In a 1,000-page report handed this month to the Lebanese president, Michel Aoun, McKinsey’s team of consultants recommended boosting tourism, creating a banking hub and investing in avocado production.

But it was the proposition to legalise cannabis cultivation that caught the most attention. The idea was given added weight when Raed Khoury, the caretaker economy minister, endorsed the plan.

“The quality [of cannabis] we have is one of the best in the world,” Khoury told Bloomberg, adding that the industry could be worth $1bn (£760m) to Lebanon.

Most cannabis production in Lebanon is controlled by a collection of powerful clans in the Bekaa. The wealth they have accumulated over the years has made them a power unto themselves – armed to the teeth and willing to challenge the police and army when their livelihood is threatened.

Unsurprisingly, perhaps, they are sympathetic to calls for legalisation.

“They totally agree with it. It’s a serious step towards reforming the Lebanese economy,” says Qassem Tlaiss, a resident of Brital who acts as a representative of the powerful Bekaa clans known to farm cannabis.

Cannabis has been grown in the Bekaa Valley since at least Ottoman times. The industry reached its peak during the chaos of the country’s 1975-1990 civil war, when an estimated 2,000 tonnes a year was leaving by illegal ports on the coast.

The Syrian war, which erupted in 2011 just over the border, is today contributing to another boom for the growers. Farmers say their trade has grown by 50% since 2012, as Lebanese authorities have turned their attention to border security.

Today they bring in an estimated $175m-$200m a year, exporting to the Gulf, Europe, Africa and North America. Lebanon is the third largest exporter of cannabis resin in the world, according to the UN Office on Drugs and Crime.

It is unclear whether McKinsey’s plan calls for the government to work with established farmers in the Bekaa, or build an entirely new industry. Previous proposals put to Tlaiss by Lebanese officials suggested granting licenses to existing growers.