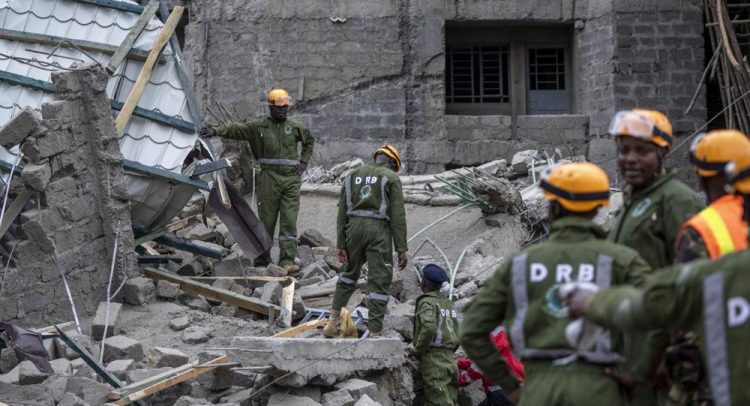 Six other people were rescued from the rubble and are being treated at a hospital in the Kasarani suburb, where the multi-story building is located.

The residential building was under construction and had shown signs of weakness including visible cracks before it collapsed, witnesses told local media.

Nairobi Governor Johnson Sakaja on Wednesday said the owner of the building should be arrested and charged with murder because the required construction permits had not been issued.

Local media reported that the owner is on the run.

Government officials had inspected the construction site and asked workers to leave earlier on Tuesday, a construction worker told the local Daily Nation newspaper. But the site foreman told the workers to continue, the newspaper reported.

Building collapses are common in Nairobi, where housing is in high demand and unscrupulous developers often bypass regulations.

After eight buildings collapsed and killed 15 people in Kenya in 2015, the presidency ordered an audit of all the country’s buildings to see if they were up to code. The National Construction Authority found that 58% of the buildings in Nairobi were unfit for habitation.

(AP Photo/Ben Curtis): Personnel from the Kenya Defence Forces disaster response unit examine the scene of a building collapse in the Kasarani neighborhood of Nairobi, Kenya Tuesday, Nov. 15, 2022. Workers at the multi-storey residential building that was under construction are feared trapped in the rubble and rescue operations have begun, but there was no immediate official word on any casualties.