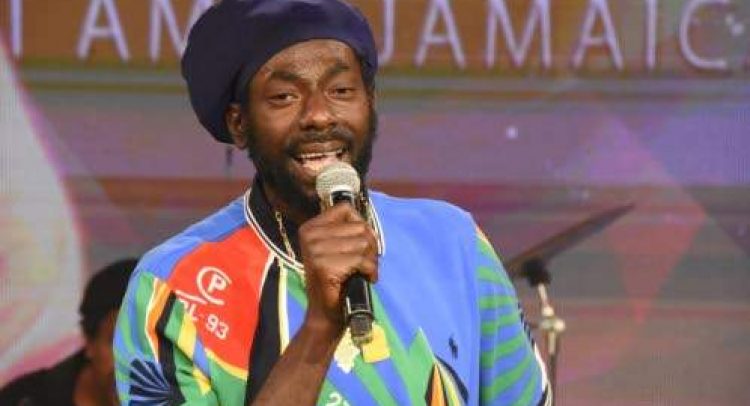 Buju Banton is the big news on this week’s Billboard charts. The lanky deejay’s latest album Upside Down 2020 continues to surge up the charts after debuting five weeks ago.

The album moves from six to three on the Billboard Reggae Albums chart. The Billboard table is a combination of streaming and sales in the United States as reported by Nielsen Music/MRC Data.

Since its release, Upside Down 2020 has sold 6,028 copies. It sold another 900 copies over the past week (the previous week it sold 817 copies) to remain in the number one spot on the sales-driven US Current Reggae Albums chart. This chart is also compiled by Nielsen Music/MRC Data and is only available via subscription.

In the meantime, Buju Banton rises from 90 to 87 on Billboard’s Top Current Album Sales chart. He peaked at number 23 four weeks ago.

Back on this week’s Billboard reggae table, Shaggy pulls a double as the hits-laden Best of Shaggy: The Boombastic Collection holds firm at number two. He inches from nine to eight with the recently released Hot Shot 2020 (Deluxe).

Sean Paul is at nine with Dutty Rock, while The Trinity is at 10.

On the US Current Reggae Albums chart there are several new entries. Hawaiian duo High Wata Music debuts at seven with its self-titled EP, which sold 96 copies. The six-song set was released July 24 via Hi Fi Records/Revive the Live Records.

The Answer, an 11-track album by roots singer Luciano, enters at nine with 78 copies sold. It was released by Oneness Records and has collaborations with Iba Mahr, Jah Coustix and Jesse Royal. Luciano previously charted ten titles. A New Day (2001) reached six.

Big and Heavy by Jamaican-born, Kansas City-based reggae artiste Nowlege enters the chart at 11. The eight-song project sold 70 copies in its opening week. US Midwest reggae acts, including Josh Heinrichs and Skillinjah are featured on the album released July 24 via Clear Shot Media LLC.

Keep it Burning, a 12-track album by California reggae trio Soul Majestic, enters at 14 with 55 copies. The group’s 2004 album Until That Day was recorded at Tuff Gong International.

Singer Glen Washington is new with I’m Livin Well, which sold 44 copies. It was released on July 3 via Heavy Beat Records. and has 12 songs.

Tropical House Cruises to Jamaica: The Reggae Collector’s Edition sails from six to two by selling an additional 204 copies to bring its total to 839, while World on Fire by Stick Figure inches up from four to three with an additional 185 copies.

Coastin by Iration slips to number four with 136 copies, while Dub Collection by Rebelution is at five with 120 additional copies sold.

Pop singer Jason Mraz’s Look Good is down to six with 100 copies sold to bring its tally to just under 5,000, while Richie Spice’s Together We Stand soars from 11 to eight with 85 copies.

Reggae artiste Dre Island is back inside the top 10with Now I Rise, which peaked at six in June. The set moves up to 10 selling an additional 77 copies. To date, Now I Rise has sold 272 copies.

Singer Mikey Spice jumps from 15 to 12 with Are You Ready, a 13-track set released by Pro Production Entertainment on February 14. It sold 115 copies.

Over to other Billboard charts, Skip Marley makes gains on the Hot R&B Songs chart as Slow Down featuring H.E.R. advances from 23 to 17. It peaked at nine and has been on the chart for 16 weeks.

Producer Rvssian’s No Me Ame featuring Anuel AA and Juice WRLD slips from 23 to 30 on Billboard’s Latin Pop Airplay chart.

On Mexico Airplay, Banana by Conkarah featuring Shaggy is number one for a third week, while on the Mexico Ingles Airplay chart, it slips from one to two.

Over in the Netherlands, Banana rises from seven to four on the Dutch National Top 50 Airplay chart, while backtracking from four to six on the Dutch Top 100 Singles chart.

Next week’s US Current Reggae Album chart should see the entry of singer Sevana’s EP Be Somebody.

Kittitian Entrepreneur Transforming Restaurant Industry in St. Kitts-Nevis: The Nuwaay to Dine Out