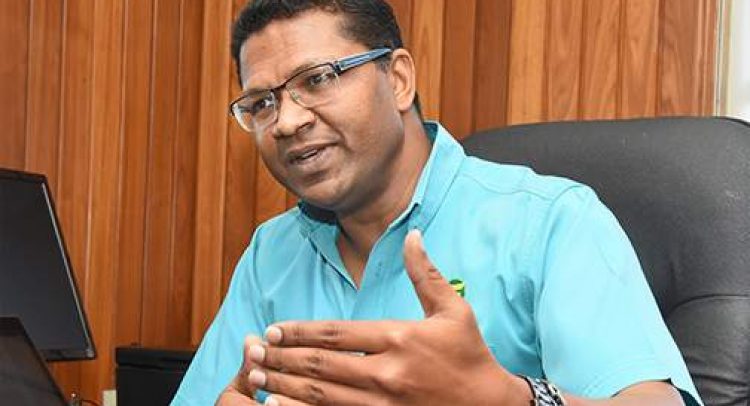 SOME business leaders are urging companies to examine their individual situation, and have employees who are now working from home resume duties at the physical plants safely, and as is necessary.

This as the Government has advised that individuals are allowed to return to work as of June 1, following the expiration of the work-from-home order at the end of this month.

President of the Jamaica Manufacturers and Exporters Association, Richard Pandohie cautions that notwithstanding the signal from Government to physically return to work, the COVID-19 crisis and the precautions that must be taken have not changed.

“We think the Government has set a guideline — it’s not an instruction — so they’re some people who can go back to work; and I don’t think people should interpret it to mean you must go back to work. We should allow people to work from wherever they can be most effective. COVID[-19] is still here. Why did you move people to work remotely in the first place? Because you wanted social distance. Nothing has changed,” he stated in a Jamaica Observer interview.

The Seprod CEO said one of the measures being used at that company is to rotate staff in such a way that the full workforce is not physically on plant at any one time.

“We actually have people who are actually trying to come back, and we are saying to them that what you are seeing now is no longer just about COVID[-19], but what we are going to see going forward,” he said.

Pandohie said employees should also consider that it may be beneficial to assist workers with preparing their home environment with the necessary tools for work.

“That’s another problem, a lot of people don’t have the facilities at home… the less people you have coming to work, [the more] there are benefits, a reduction in costs… there should be some discussion to allow people to be equipped to work properly… so where you needed uniform before, what you might need now is an allowance for your Internet bill, because that is more important to you now than a uniform to wear to work,” he explained.

“The truth is that many of us feel that nothing is going to change from now to the end of June, to the end of July, to August. We believe that what we see today is our reality. What could change is protocols and measuring systems, meaning we could do more testing, or [carry out] testing faster. In the case of Seprod, the people who are working remotely, I have no intention of bringing them back to the office because COVID-19 is still here,” he said.

Meanwhile, Pandohie also said it is time for unions to weigh in on the discussions, but with a different rhetoric.

“I think the unions have been very disappointing, because they have one set of rhetoric in the public domain, but on the ground they behave differently. They’re talking about flexible work arrangements, but on the ground their people are resisting it. They themselves need to come into the current age… I think remote working doesn’t work for unions because people won’t be in the [labour] space that they usually are, the issues won’t be the same. We have to redo and relook at everything, and everybody will have to be fair in this equation,” he stated.

Former head of the Private Sector Organisation of Jamaica, speaking in his capacity as a leader in the business sector, Howard Mitchell, also believes the expiration of the work-from-home order should not necessarily be interpreted as compulsion for all workers to physically return to their posts.

“I really think it should be a breakthrough event to say that where you can so order your business without suffering losses of efficiency, to allow workers to work from home,” he told the Observer. Mitchell said, however, that while the work-from-home concept is a good one, oftentimes these arrangements do not take into account the surrounding circumstances of employees.

He pointed to the issue of inadequate digital infrastructure, and other factors which may also affect productivity.

“What it [return to work] should be interpreted as is the extent to which it can be done,” he said, noting at the same time that work-from-home arrangements can benefit both employer and employees.

“But at the same time, can we provide the digital infrastructure? These are the things we need to think about and develop a national policy [around]. We do not have national planning, that has always been my song. People don’t like to hear it, but it is true,” he argued.

Last Monday, Prime Minister Andrew Holness advised that the work-from-home orders will be lifted to allow people to return to work as of June 1. Those with underlying conditions, and individuals aged 65 and older, remain exempt.