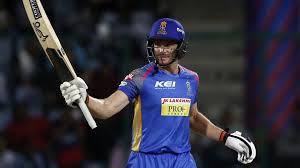 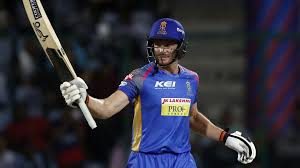 Buttler was the eye-catching choice when new England national selector Ed Smith named his first Test squad for the series opener with Pakistan at Lord’s on Thursday.

Although widely regarded as one of the most talented ball-strikers in world cricket, Buttler played the last of his 18 Tests in December 2016 against India at Chennai.

He also hasn’t played a first-class match since September, with the 27-year-old’s fine run of form in the Twenty20 Indian Premier League, where he scored five successive fifties for the Rajasthan Royals, rather than in the traditional proving ground of England’s County Championship, providing the basis for Buttler’s recall.

Outstanding Australia leg-spinner Warne tormented dozens of England batsmen during his brilliant career, with 195 of his eventual 708 Test wickets coming in Ashes contests.

But he also urged England to give his then Hampshire teammate Kevin Pietersen a Test debut ahead of the 2005 Ashes series — a call the ‘old enemy’ heeded, with the South African-born batsman sealing the return of the urn with an audacious 158, an innings in which he was dropped by Warne, during a series-clinching draw at The Oval in London.

Warne, a team mentor at Rajasthan, also convinced Buttler there was no reason the game that had worked so well for him in white-ball cricket could not prove equally effective in a Test match.

“I really enjoyed having Shane Warne as our team mentor,” Buttler told reporters at Lord’s on Monday. “We spoke a lot about Test cricket and how I could potentially get back there.

Asked what specific advice Warne had imparted, Buttler replied: “It was around ‘why can’t you play the way you can play in other forms of the game?’

“It is just a game of cricket, play how you can. There will be different times and phases of cricket when you have to play differently. But make good decisions and be genuine, that is how to get the best out of yourself,” the Lancashire batsman added.

There is likely to be a full house at Lord’s, but Buttler, set to be deployed by England as a specialist number seven batsman, is well prepared after playing in front of raucous crowds in the IPL.

“Dealing with all the chaos that goes on around, it will probably be good for this week with all the noise,” added Buttler, a mainstay of England’s resurgent one-day international side.

“The IPL really does highlight a lot of pressures and emotions that will transfer into this week.

“So it was great to have played with and against some of the best players in the world.”

Australia opener David Warner burst on the scene as a Twenty20 specialist in 2008/09 and made his international debut before playing a first-class match.

Buttler, who began his career at Somerset, does have a background in Championship cricket and believes the differences between formats can be exaggerated.

“For me it is about trusting instincts and not fighting them,” explained Buttler, who will not have to worry about keeping wicket — Jonny Bairstow will retain the gloves — as he looks to build on a modest Test average of just over 31.

Smith labelled Buttler as the “right player at the right time” when he announced the squad ,and the player himself said: “In the past I have potentially felt as if I had to play in a certain way or be something I am not, so as much as I can I will be trusting my instincts. That is going to be the best way to helping me be successful.”

Bajans have one choice on Thursday, says Colin Jordan