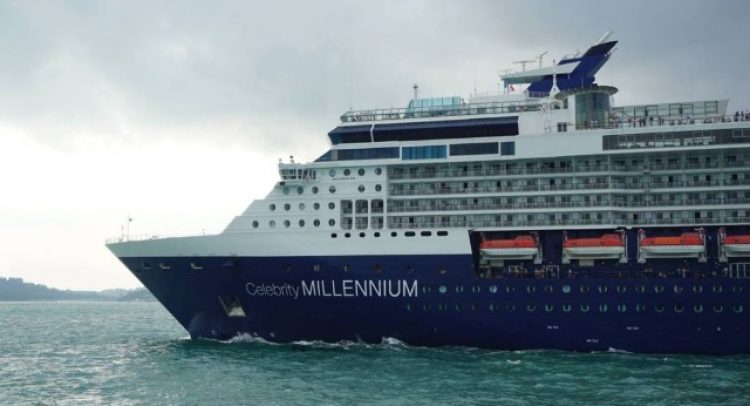 Basseterre, Tuesday, 15th June 2021, (MyVue News.com)-This week was supposed to be an important milestone in the cruise tourism sector for St. Kitts, with the visit of the first mega vessel since COVID-19 prematurely ended the season in 2020.

It was in April this year when the Minister of Tourism & Ports, Lindsay Grant, announced that 1st June would be the date when the cruise tourism sector would be reopened.

Shortly after, it was confirmed that the first ship had been scheduled to arrive in July.

Then there was even better news. A request for an earlier visit came through from one of the Royal Caribbean vessels, stating that it wanted to sail into the Basseterre Harbour, Port Zante, on Wednesday, 16th June.

In the interim, came the new cluster of COVID-19 cases in St. Kitts & Nevis. But although the numbers were rising, the plans remained in place for the visit.

Celebrity Millennium, which last week Thursday, 10th June, discovered two cases of the virus onboard its first voyage, was the vessel scheduled to arrive. That has now changed.

At a briefing on Monday, 14th June, the head of the (National Emergency Operations Center, informed the Cabinet of Ministers that new measures were needed to bring a halt to the increasing cases of COVID-19, which now stand at 210.

As a consequence, Cabinet decided that the Celebrity Millennium that was scheduled to dock at Port Zante on Wednesday will no longer make its port call.

No new date was shared but the Cabinet gave the assurance that the situation is being monitored and they will constantly update the public and no doubt the tourism stakeholders.

Biden eases trade friction with EU ahead of Putin summit