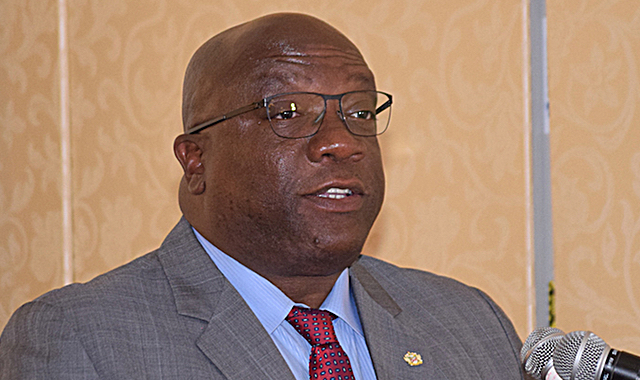 Basseterre, St. Kitts, 14th March, 2018 (MyVueNews.com) – In the context of incidents of domestic abuse and sexual violence, a new set of guidelines will help and protect victims as they go through the various stages of an investigation and Court hearings.

He informed, “This document has again been updated with support from the Legal Department and the Magistracy to include, among other matters, privacy considerations for victims of violence when making official statements to the Police and in Court.”

Harris said that an approved protocol will serve as a guide to key persons in the police, to healthcare workers and for the staff at the Department of Gender Affairs who must work as a team to respond to victims of domestic and sexual violence and in the process provide safety for the victims and their families.

Support for the new protocol also came from PAHO and via a national consultation that preceded the final draft document.

Harris indicated that following the approval of the protocol, the next step will be the passage through parliament of the Domestic Violence Act.

He explained, however, that this act has had three readings in the National Assembly, but it was never Gazetted. Therefore, he said, it could not be implemented.

In addition, Harris informed that regulations will have to be drafted to give effect to the protocol.