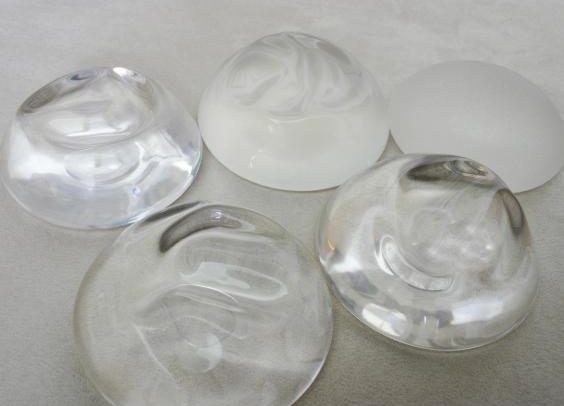 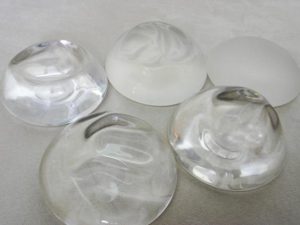 Experts have called for a common type of breast implant to be banned after it was revealed two people died and 23 developed the same type of cancer in the UK following breast enlargement surgery.

The Medicines and Healthcare Products Regulatory Authority (MHRA) has been monitoring cases of the rare type of immune system cell cancer in women fitted with breast implants since 2011.

Research has suggested anaplastic large cell lymphoma (ALCL) may be linked to textured breast implants, as opposed to smooth ones, as a result of inflammation caused by their slightly roughened surface.

Around 8,000 people have breast augmentation surgery each year in Britain. Patients are currently able to choose between smooth silicone implants and textured ones, which are slightly firmer and do not move around as much.

While the medical regulator stressed it was not possible to confirm that the cases of cancer were caused by the implants, cosmetic surgery expert Professor James Frame called the disease a “potential bombshell that has been swept under the carpet for five years”.

“Textured implants should be banned. We should return to using smooth ones which were safe,” Professor Frame, from Anglia Ruskin University, told The Sun.

In 2016, there were 7,769 breast enlargements, down from 9,652 the previous year. The procedure costs around £3,500 to £7,000, according to the NHS, which says ALCL has so far “only been found in scar tissue that develops around textured breast implants”.

The MHRA said its data had been collected as part of an EU-wide initiative monitoring breast implant-associated ALCL.

“A report does not necessarily mean that the events described were caused by the implant.  The number of reports received, therefore, is not a summary of known or proven adverse reactions to the implant.

“In the UK, there is currently no definitive evidence of an association with ALCL and any specific make or model of breast implant. MHRA continues to actively monitor this issue.”

The British Association of Aesthetic and Plastic Surgeons (BAAPS), which records statistics on the number of cosmetic surgery procedures undergone each year, suggested a recent drop in people choosing to have plastic surgery may be down to a sense of instability caused by events such as terror attacks and the Brexit vote.

“A climate of global unrest and ‘bad news overload’ [is] leaving patients prioritising stability and comfort over big life changes,” it said in a report published earlier this year.

“In a climate of global fragility, the public are less likely to spend on significant alterations and become more fiscally conservative, by and large opting for less costly non-surgical procedures such as chemical peels and microdermabrasion, rather than committing to more permanent changes,” he said.