The party has indicated that the night should however be regarded as one with the focus on the calypsonians and their upcoming bids for the carnival season to win one of the calypso crowns at stake.

A party spokesman said it will be a “Happy Hour” that will also include the showing of a movie.

A release from the organizers indicated that the Movie Night will begin at 7:30 pm while the LAST CHANCE Calypso Bacchanal will start 2 hours later at 9:30. The Last Chance Calypso Show has been so labeled, as it will be the last chance persons will have to see many of the federation’s top calypsonians sing before this weekend’s eliminations. 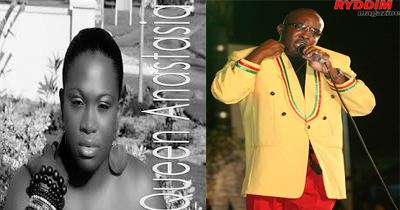 The Calypso Bacchanal will feature the Legends Tent and their performers, including 5 times crowned King, Socrates, and multi-time Queen Anastasia, along with former Culturama King Astro, as well as veteran’s Lord Kut and Allamolou.

However other well-known and top calypsonians from the Proud Sounds Grand Masters Calypso Tent, including former Monarch Ayatollah, former Culturama King I-Soursop and MiyVue.com/ZIZ King of the Tents winner from 2010, De Unexpected, will also be performing.

The People’s Action Movement’s Social Center otherwise known as the PAM Headquarters will be the venue for Friday’s event, thereby reactivating the dormant weekend activity, the PAM Happy Hour.

Huge crowds have been following both tents and the organizers of the “Last Chance Calypso Bacchanal” are expecting the trend to continue.

The admission to the Calypso event is free and will also include Free Popcorn for the movie-goers.

The event will provide the perfect climax to a week which will include the 2nd historic march organized by the People’s Action Movement to show its opposition to the “Land for Debt” swap legislation which will result in 1,200 acres of crown lands ending up in the hands of wealthy foreigners, said a PAM release.