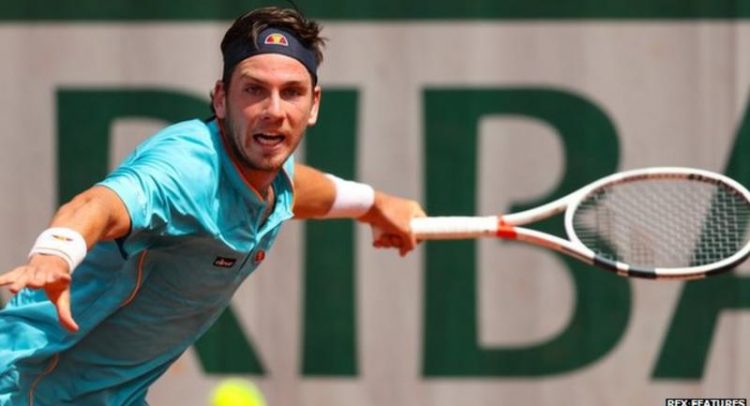 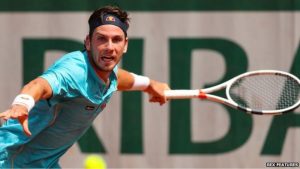 Cameron Norrie said he played the “best tennis of his life” as he reached the second round of this year’s French Open with a 6-1 2-0 win over Peter Gojowczyk who retired because of an injury.

The 22-year-old British number three dominated the world number 43 from the baseline during the opening set.

The German then required treatment between sets, eventually retiring after losing the first two games of set two.

“I think that was the best tennis I’ve played in my life,” said the world number 85, who this week broke into the top 100 after reaching the semi-finals in Lyon.

“I was in the zone, not making any unforced errors and dictating play.

“I had a high level throughout that match and I think if he’s winning that match then there is no chance he is retiring.

“I outplayed him throughout and it was unfortunate for him to pick up an injury.

“I would have loved to keep playing, I was feeling really good out there, feeling confident.

“At the US Open I got my first win with a retirement so it would actually be nice to win a match – but I’ll take it.”

Left-hander Norrie won his opening service game before breaking the German to take a 2-0 lead. Gojowczyk, realising he was getting no joy from the baseline, decided instead to come to the net to put pressure on the Briton.

However, this plan had little positive effect and he was broken again in the sixth game before Norrie wrapped up the first set.

Gojowczyk received lengthy treatment from the trainer in the interval, but when play resumed he could barely move and was broken to love in the opening game. And after losing the next, he threw in the towel after only 41 minutes of play on court six.

Cameron Norrie says he was nervous and struggling to relax before the match, having had little prep time at Roland Garros after his run to the Lyon semi-finals last week.

But you would not have had a clue about that from the evidence of the first set.

Just like his Davis Cup debut in Spain in February, Norrie gave the impression of a man totally at ease in his first ever French Open match.

The 22 year old is spending time here in Paris with his parents, who he had not seen since January, and will also have the support of his college coach for the second round match with Pouille.