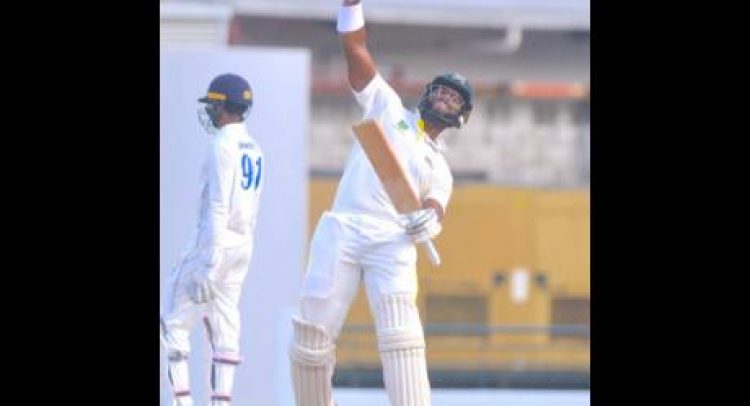 Jamaica Scorpions captain John Campbell scored a resolute unbeaten century while Paul Palmer also weighed in with an unbeaten half-century against the Barbados Pride on day one of their second-round West Indies Championship match at the Kensington Oval.

With the West Indies lead selector Desmond Haynes in attendance on his birthday, opener Campbell gave Haynes a wonderful gift following a masterful 123 not out to lead the Scorpions to 299 for three. Palmer played the perfect supporting innings by getting his ninth first-class half-century.

Campbell, the left-handed opener, got stuck in on the wonderful batting surface at the Oval and faced 205 balls and hit a dozen fours and a six in his lengthy vigil at the crease.

After winning the toss and taking the first strike, the Scorpions made use of the opportunity, putting on 71 runs for the first wicket, before Leroy Lugg went for 39 from 41 balls with four fours and three sixes.

Test batsman Jermaine Blackwood made only one, but Campbell found another useful partner in Nkrumah Bonner and the pair added 91 runs for the third wicket to set the tone for the Scorpions formidable total.

Bonner hit six fours and a six in getting to 49, but medium-pacer Jonathan Carter found his edge to leave the Scorpions on 168 for three.

Campbell continued to play positively, he and Palmer pushing the Scorpions close to the 300 mark before rain ended play late in the day.

Palmer will resume today’s second day on 76 with nine fours and two sixes, while Campbell will be looking to add to his 123.

Over at the Queen’s Park Oval, the Leeward Islands Hurricanes have jumped all over the Guyana Harpy Eagles. The Hurricanes will resume today’s day two on 126 without loss, replying to Guyana’s first innings total of just 116.

At the Brian Lara Cricket Academy, the home side will resume today on 217 for five against the Windward Island Volcanoes. Yannic Cariah top-scored with 72 with opener Jeremy Solozano getting 66. Wicketkeeper Joshua Da Silva contributed 52. Pacer Sherman Lewis has so far picked up three wickets for 24 runs.

A-Rod, once scorned by Trump, in group buying his D.C. hotel