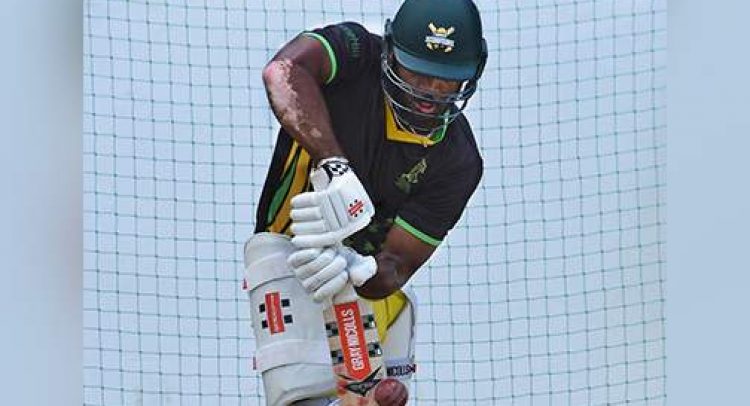 Campbell expects stern test from English in own conditions

WEST INDIES opener John Campbell is expecting a stern test when the Caribbean team takes on hosts England in a three-match series set to start next month.

“We’re going to be playing against some of the best bowlers in the world. It will be in their own conditions, so it will definitely be a challenge and one that I’m definitely looking forward to,” the left-handed batsman told the Jamaica Observer during a telephone interview after he was recently named in the West Indies 14-member squad.

The visitors will also travel with a group of 11 reserve players.

The conditions in England generally favour pace bowlers, with ample seam movement and swing through the air both likely to be on offer. To compound matters for the West Indies batsmen, the home side’s cadre of pacers are among the best globally.

“I plan to watch the ball for long and look for it to make contact with the middle of the bat,” Campbell, 26, said.

During the recent season of the regional four-day competition, Campbell, the Jamaica Scorpions captain, spanked two centuries in an overall tally of 491 runs. Almost every time he batted he got off to confident starts before falling relatively cheaply, which led to him averaging only a modest 32.73 in 15 innings.

The dashing Jamaican stroke-maker, who has played six Test matches, is searching for his maiden Test hundred. His best so far is 55, which came against Afghanistan in India late last year.

Campbell is expected to have more opportunity in the Test matches against England, the first of which is scheduled to begin July 8 at The Ageas Bowl in Southampton.

“I’m not really a goal-setter, you know, because sometimes when you set goals you tend to pressure yourself; I’m basically being open-minded. Of course, I’d love to score big runs, a lot of runs…I just want to do well for myself, and I know that will benefit the team,” he explained.

The second and third Tests are both to be played at Old Trafford in Manchester, with scheduled starts of July 16 and 24, respectively.

West Indies, captained by Jason Holder, are holders of the Wisden Trophy after defeating the Englishmen 2-1 in the Caribbean early last year.

The return tour to England was originally set to be staged from May to June but was postponed due to the novel coronavirus pandemic. In the United Kingdom, the virus — which causes the COVID-19 disease — has resulted in more than 40,000 deaths.

The matches are to be played without on-site spectators in cricket’s first-ever biosecure Test series. Biosecure measures are designed to reduce the risk of transmission of infectious diseases.

The Phil Simmons-coached touring side, which is expected to depart the Caribbean tomorrow, has arranged to travel with a larger-than-usual squad to facilitate internal preparation matches and to ensure replacements are readily available if a player is injured or becomes sick.

Players from both teams will be required to avoid members of the public and to follow physical distancing guidelines while on tour.

CARICOM Observers give thumbs up to poll