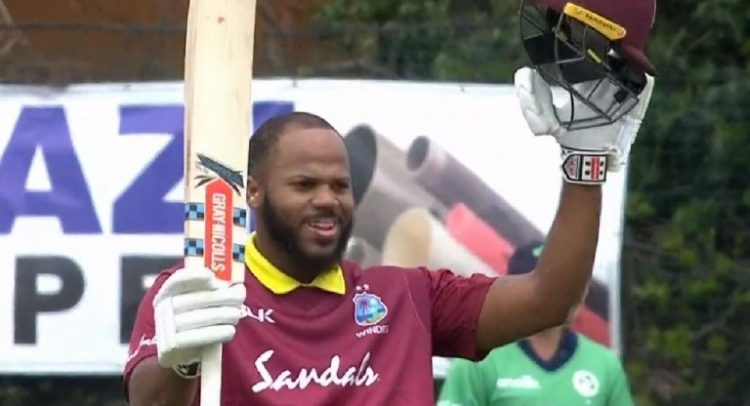 Opener John Campbell, middle-order batsmen Jermaine Blackwood and Nkrumah Bonner are the only Jamaicans named in the West Indies’ original 15-man squad for the three-Test tour of England, which will bowl off on July 8.

The Gleaner has learnt that fast bowlers Oshane Thomas and Marquino Mindley have, however, been named as part of a 10-man reserve group that will also travel to the UK with the team in what is described as a 25-man extended squad.

Left-handed batsman Paul Palmer Jr, who was originally named in a 29-man training squad, has been left out.

On Tuesday, the England and Wales Cricket Board announced the dates and venues for the three Test matches, which are slated to get under way on July 8 in Hampshire, with the remaining two Tests to be played in Manchester from July 16 and 24, without spectators.

The players are expected to leave the island on Monday to join up with the rest of the squad in Antigua en route to the UK on the same day.

On arrival in the UK, the squad is expected to set up their base at the hotel on-site at Old Trafford, where they will train for three weeks before travelling to the Ageas Bowl four or five days ahead of the opening Test on July 8.

EXCITED ABOUT TOUR
In the meantime, opener Campbell was elated at the news that the tour will finally get under way, and the left-hander is eager to get back to doing what he loves.

“I am just glad that we are getting a chance to play cricket again. We are all happy for cricket to return, and the conditions and terms that they proposed sound pretty safe to me, and everybody will be tested, so I am happy with that,” said Campbell.

The Jamaica Scorpions captain said he has been preparing for the tour as best as possible, and he was glad that the team will have a couple of weeks’ prep time in England to fine-tune their skills.

“I have been doing what I can do. I just started batting two weeks ago, working in isolation with coach Andre Coley. Before that I was only doing physical, but all in all, I am fit and ready to go,” he stated.

CMU VP says he took instructions for payments from Pinnock