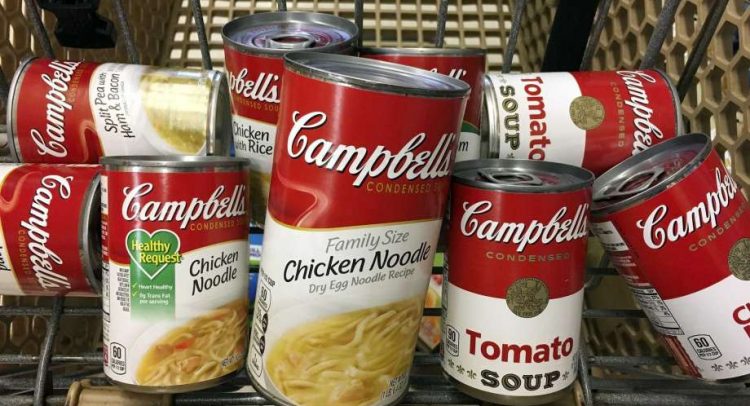 Campbell Soup Co (CPB.N) said on Thursday it plans to sell its international and fresh refrigerated-foods units and left open the possibility of putting the whole company up for sale, following a months-long review and pressure from hedge fund investors to sell itself outright.

It is not clear if the plan will appease activist investor Dan Loeb, whose Third Point LLC hedge fund announced a 5.65 percent stake on Aug. 9 and immediately pressed for a sale of the entire company to a competitor as “the only justifiable outcome.”

If dissatisfied, Loeb could escalate his attack into a proxy fight and nominate a slate of directors within the next few weeks to be voted on at Campbell’s annual meeting later this year, sources familiar with the matter told Reuters this week. Third Point did not immediately respond to a request for comment on Thursday.

Campbell’s Interim Chief Executive Keith McLoughlin said the board considered the option of a complete sale during its review and ended the process “with a completely open mind.”

Selling the two smaller units could make Campbell a more attractive takeover target by turning its focus back to its core soup and salty snacks businesses, the pillars of the company.

McLoughlin played down the prospect of a sale of the whole company, at least publicly. “I don’t want to overstate it because we are absolutely committed to executing this plan,” he told Reuters in an interview on Thursday. “The board concluded that this current plan right now is the best one to maximize value.”

Shares of Campbell, which has a market value of about $12 billion, fell 1 percent in early trading.

Alongside the results of its review, Campbell also forecast earnings per share for fiscal 2019 below Wall Street’s average estimate, as its costs continue to rise.

The 149-year-old company, which revolutionized the home-cooking industry with easy-to-prepare soups and low-cost production techniques, has been struggling to attract young consumers to its namesake soups, Pepperidge Farm cookies and other foods and drinks.

Campbell’s latest foray into fresh food has faltered while Wall Street has questioned an acquisition strategy that increased its debt while costs are increasing. Its shares have fallen by a third over the past two years.

The company said on Thursday it would use the proceeds of the unit sales to reduce its debt and also increased its cost savings target by $150 million to $945 million by the end of fiscal 2022.

Retreating from the international and fresh-food businesses marks a reverse from the strategy of former Chief Executive Denise Morrison, who wanted Campbell to have a wide-ranging portfolio with a focus on health and well-being.

Morrison stepped down abruptly in May after a string of poor results. On the same day, the company announced its sweeping review and named McLoughlin as interim CEO.

“Simply put, we lost focus,” said McLoughlin on Thursday. “We aggressively pursued the important consumer mega-trend of health and well-being without having clarity on our source of uniqueness … and we depended too much on M&A, to shape our business strategy,” he said.

Campbell is still looking for a new permanent CEO. McLoughlin said on Thursday he was not a candidate to take the job. The company also said it was rescheduling its annual investor day from October to spring next year.

The two businesses put up for sale currently bring in about $2.1 billion in annual sales, about a quarter of Campbell’s overall revenue.

Campbell International includes Australian biscuits brand Arnott’s and the Kelsen Group, along with the company’s manufacturing operations in Indonesia and Malaysia and its businesses in Hong Kong and Japan.

The company has hired Goldman Sachs Group Inc (GS.N) and Centerview Partners to sell the units.

Under Morrison, the company arranged its products into three parts in 2015, setting up the new Campbell Fresh business. The unit was meant to tap into consumers’ booming appetite for healthier foods but the business struggled, resulting in a two-year decline in organic sales.

Historically, the company has resisted big changes, being effectively controlled by the heirs of John Dorrance, the chemist who invented condensed soup and went on to run the company a century ago.

Dorrance’s grandchildren Mary Alice Malone, who raises horses in Pennsylvania, and her brother Bennett Dorrance, a real estate developer in Arizona, between them control 33 percent of Campbell’s shares. They have fended off periodic calls over three decades for the company to sell itself.

In the past, the family has been able to rely on supportive, long-term shareholders. But in the past few months – most notably in the second quarter of 2018, when the company announced its review – a number of hedge fund investors have bought positions and are looking for more sweeping measures, including a sale.

For fiscal 2019, Campbell forecast earnings per share of between $2.45 and $2.53 for fiscal 2019, not including the effect of the planned unit sales, below Wall Street’s average estimate of $2.69, according to Thomson Reuters I/B/E/S.

The company reported fiscal fourth-quarter earnings per share of 25 cents, just ahead of the Wall Street’s average estimate of 24 cents.