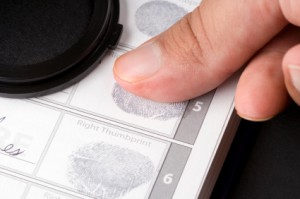 Biometrics is the measurement of unique physical characteristics, such as fingerprints and facial features, for the purpose of verifying identity with a high level of certainty.

Fingerprint verification will be carried out at 19 Canadian airports and 38 ports of entry. The information will be sent to the Royal Canadian Mounted Police to be checked against fingerprint records of criminals, refugee claimants, deportees, and temporary resident applicants to assist in determining whether an applicant is admissible to Canada, or to detect the entry of those who may be found to pose a risk to the health, safety and security of Canadians.

Currently, Canadian border authorities collect biometric data, including fingerprints from refugees, asylum claimants, and visa applicants coming from 30 ‘high-risk’ countries of origin. However, Immigration, Refugees, and Citizenship Canada (IRCC) will be expanding its Biometrics Programme on July 31, 2018. The stated goal of the expansion is to make legitimate travel to Canada easier, while protecting national security and preventing identity fraud.

The Canadian Government will require biometric information from travellers to the country from Europe, the Middle East and Africa. Travellers from Asia, the Asia Pacific region and the Americas will be required to give the biometrics information starting December 31, 2018.

Many other countries, such as the United States, the United Kingdom, Australia, and countries in the European Union also collect biometric data from foreign nationals. The information may then be shared between countries in order to expand the scope of security screenings.

Accordingly, applicants for the following will be required to provide fingerprints and a photograph as part of the application process:

• a work or study permit (excluding US nationals);

Visa-exempt foreign nationals eligible to apply for a work permit or study permit directly at the point of entry may enrol for biometrics upon their arrival in Canada.

There are some exemptions from the requirement to provide biometric information:

• Heads of state and heads of government;

• Cabinet ministers and accredited diplomats of other countries and the United Nations coming to Canada on official business;

• US visa holders transiting through Canada;

• Refugee claimants or protected individuals who have already provided biometric information and are applying for a study permit or work permit; and