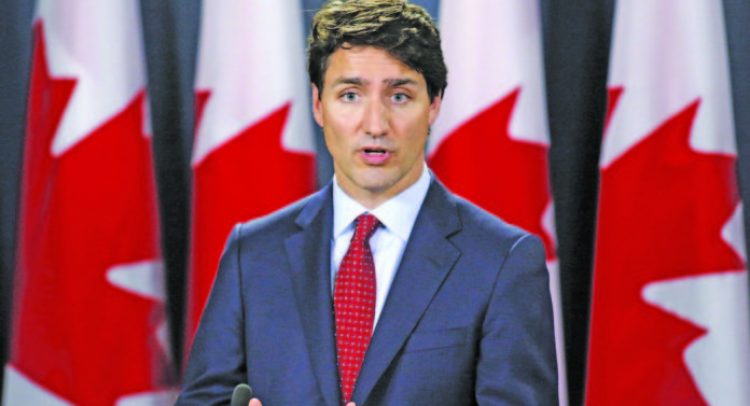 Canada has become the latest country to join in rejecting Venezuela’s recently renewed claims to Essequibo and its maritime space, reminding the Spanish-speaking country that the border controversy has to be settled at the International Court of Justice (ICJ), where the case currently rests.

According to a statement on Monday from Canada’s Embassy in Guyana, Venezuela’s recent claims which are contained in a decree issued by their President, Nicolás Maduro, are concerning.

“Venezuela’s recent claim that it has sovereignty over the area adjacent to Guyana’s Essequibo coast is concerning. The decision is in the hands of the International Court of Justice and this judicial process must be respected,” the Canada embassy said.

It was only on Sunday that United States (US) Ambassador to Guyana Sarah-Ann Lynch made a statement on the issue in which she reiterated the need for a peaceful resolution to Guyana’s border controversy.

“The United States has long called for a legal peaceful resolution to Guyana’s border controversy with Venezuela and we reiterate that call today,” the diplomat had tweeted, also sharing a post from Assistant Secretary for the US’s Western Affairs Bureau, Michael Kozak, in which he condemned Maduro’s decree.

In his tweet, Ambassador Kozak reiterated that the US supports the ICJ’s December 18, 2020 ruling that it has jurisdiction in the Guyana-Venezuela territorial border controversy case, which he contended is the “legal and peaceful way forward.”

“The U.S. supports the ICJ’s 12/18 ruling that it has jurisdiction in the Guyana-Venezuela territorial border issue, which is the legal and peaceful way forward. Maduro’s aggressive claims don’t change this, they only show the world his disregard for his neighbors and intl. law,” the State Department official had posited.

The new decree issued by President Maduro on Thursday came days before the world court is scheduled to hold a case management hearing on Guyana’s application for a final and binding settlement of the border controversy with Venezuela.

Condemnation
However, President Dr Irfaan Ali on Saturday declared that while this latest move by the Spanish-speaking nation is “deeply disturbing”, it will not deter Guyana’s resolve to seek a final and binding resolution at the ICJ.

“We have always chosen a path of peaceful resolution of the Venezuelan issue within international law… I remind that sovereignty over this coast, and the land territory to which it is attached, were awarded to Guyana (then British Guiana) in the 1899 Arbitral Award, whose validity and legally binding character Guyana is confident the International Court of Justice (ICJ) will uphold unequivocally,” President Ali asserted during an address to the nation.

According to the Head of State, Venezuela has violated at least two fundament principles of international law, that is, no State can unilaterally determine its international boundaries and the fundamental principle that “the land dominates the sea”, meaning that sovereignty over the sea and seabed emanate from title to the land that forms the coast to which those seas and seabed are adjacent.

To this end, the Guyanese leader said that Venezuela’s new border claim is a “legal nullity” that will not be recognised by Guyana or any other State in the world. Meanwhile, President Ali also disclosed during Saturday’s address to the nation that Venezuela’s Head of Mission in Guyana would be summoned to the Foreign Affairs Ministry over the decree.

Parliamentary meeting
However, the Parliamentary Sectoral Committee on Foreign Relations was provided with an update on recent developments concerning the Guyana-Venezuela issue by Minister Hugh Todd.

“The Committee takes note of the latest aggressive actions by the Bolivarian Republic of Venezuela in furtherance of its spurious claim to Guyana’s territory and joins the Government of Guyana in condemning in the strongest possible terms, the implementation of any law by Venezuela with extraterritorial application and which seeks to give jurisdiction to Venezuela over marine and submarine areas solely on the basis of unilateral action, in contravention of international law and without due regard for the rights of Guyana.”

In a statement to the media after the meeting, it stated that the Committee supports the efforts of Government of Guyana to take all necessary actions to safeguard the national interests of Guyana and reiterates the sentiments already echoed that Guyana stands united and resolute in the protection of our sovereignty and territorial integrity.

Venezuela’s decreeing of sovereign rights to maritime border off of Guyana’s Essequibo Coast came the same day the Guyana Defence Force (GDF) announced that its Coast Guard and the United States Coast Guard would commence the first of a series of joint exercises off the coast of Guyana.

This is part of the operationalisation of the Shiprider Agreement ratified by Guyana and the US back in September 2020 during the visit of US Secretary of State, Michael Pompeo. The exercise will take place off the coast of Guyana and will focus mainly on illegal, unreported and unregulated fishing. It will be conducted in collaboration with the US Coast Guard Cutter STONE vessel, which is currently in the region for a multi-country tour.