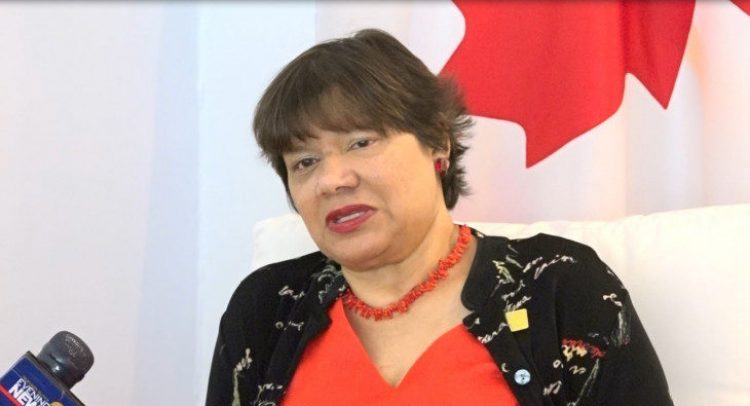 Canadian High Commissioner to Guyana Lillian Chatterjee is wrapping up her tour of duty in Guyana and has been reassigned to Barbados.

She is expected to take up her new post soon as a new Canadian High Commissioner to Guyana is to be accredited within weeks.

Ms. Chatterjee was accredited as Canada’s chief diplomat to Guyana in 2017 under the APNU+AFC government.

She enjoyed a good working relationship with the last government until it became suspicious of her work following the no-confidence motion vote by Charrandass Persaud who invoked his Canadian citizenship and sought diplomatic protection just after his vote and before his exit from Guyana.

Chatterjee has always maintained that she had no knowledge of Persaud’s planned vote until it happened. She has said that she was not even in Guyana at the time of the no-confidence vote.

During the elections, she also came under criticism after describing a move to the Court by a supporter of the APNU+AFC as “frivolous”.

She has never budged from that position and stood by the statement even after coming under criticism from senior Government officials at the time.

The High Commissioner was also among some of the outspoken diplomats who pressed the last government to accept the results of the elections and begin a transition.

The High Commissioner has been making her farewell rounds by meeting with various government officials in the past week.