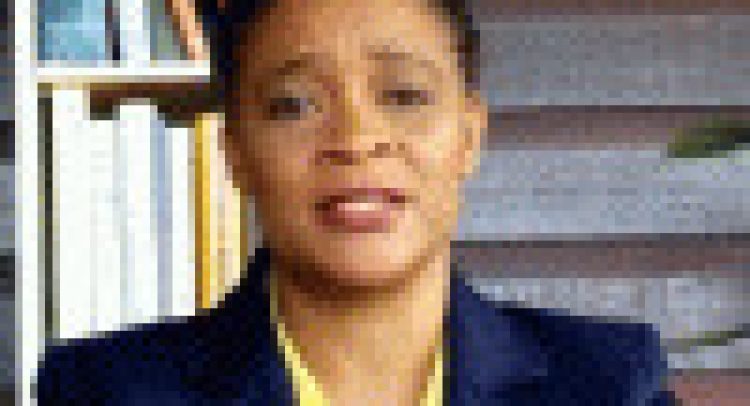 President of the Democratic Labour Party (DLP), attorney-at-law, Verla De Peiza, says that the party has more than half of their candidates in place for the next general election due in 2023, announcing also that she will be vying for the St. Lucy seat.

The political leader was speaking yesterday on the Brass Tacks call-in programme, as she indicated that the party remains “very actively” involved in the process of candidate selection. She made the point while adding that they have been listening more to the members of the constituency branches on who they want to represent them, though the final decision is still made at the level of the Party’s councils. While not revealing all the names, she noted that in addition to her, First Vice President Ryan Walters will be running in the St. Michael North West constituency and Second Vice President Andre Worrell will be the “standard bearer” in St. John.

Her comments came as she said they have recrafted the candidate selection process, such that there are due diligence checks performed on potential candidates, and built into their by-laws on candidate selection, she added, is the power of recall.

“We’re interested in making sure that our candidates are doing their groundwork, we hold our meetings, we expect to have their feet to the fire, but also in terms of their conduct, because we want to learn the lesson coming out of that experience, and ensure that it never happens again. But if having happened, again, that we are in a position already to tackle it to the ground. But we also want to see that same level of activity and commitment to rooting out corruption at the national level, and that challenge is thrown out to the government of the day,” she stated.

Her comments came as she was asked about and reflected on the conviction of former DLP minister Donville Inniss in the US court for money laundering. De Peiza said wherever wrongdoing occurs, it must be rooted out. She made the point while contending that the Government has failed to do as it promised, as it relates to the enactment of legislation to root out corruption in this country.

“The last administration had the Prevention of Corruption Act, which was passed in the House, but never proclaimed. To my mind, that is flawed; but worse than that, a government having 30-zero, a majority in both houses, got the count wrong to pass their own legislation to the point where it floundered and failed in the sunset days just before prorogation of Parliament. What it demonstrates to the country, is the level of commitment, which is too low, to having our public officers held to account,” she said.

De Peiza added, “You cannot tell me you couldn’t get the head count right in Senate. You know what the number is to pass any piece of legislation, the warm bodies required in a seat. I am not buying the excuse that it is the independent senators that defeated that bill, when you have the numbers on your side, to effect and execute the passing of that bill.”

In that vein, the political leader said that what is necessary going forward on all political fronts, is that they address the issue of corruption head on.

“…It is incumbent upon the government of the day to make sure that we have something more than a campaign promise, and it has been accounting for the longest while. That we have the correct legislation, with sufficient teeth and bites, that we first of all stave off all those persons who are minded to graft and secondly, that we attract persons of quality who have as their focus the service of people and country. That is the lesson to be learned,” she maintained.

Government of St. Kitts and Nevis introduces recycling of plastics

St Vincent Volcano: 100% of vegetable crops and 60% of arrowroot lost