Candidates to be Nominated Monday

Both the ruling Nevis reformation Party, NRP, and the opposition Concerned Citizens Movement, CCM, are expected to each field five candidates for the five constituencies involved.

The five candidates for the NRP are Joseph Parry, Patrice Nisbet, Patricia Hanley, Hensley Daniel and Robelto Hector. Those contesting for the CCM are

The Electoral Office of St. Kitts and Nevis is advising the General Public that Notices concerning the Nomination of Candidates for the Nevis Island Assembly Elections have been published by the Returning Officers for the five (5) Electoral Districts in accordance with the provisions of Section 54(1) of the National Assembly Elections Act, Chapter 2.01.

This action was consequent upon the issue of Writs of Election by His Excellency Sir Edmund Wickham Lawrence, Governor General for the election of Members of the Nevis Island Assembly which will be held Tuesday, January 22, 2013. 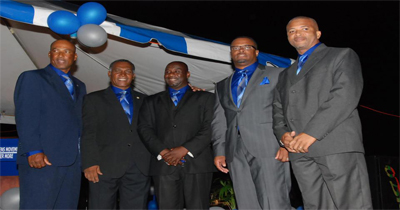