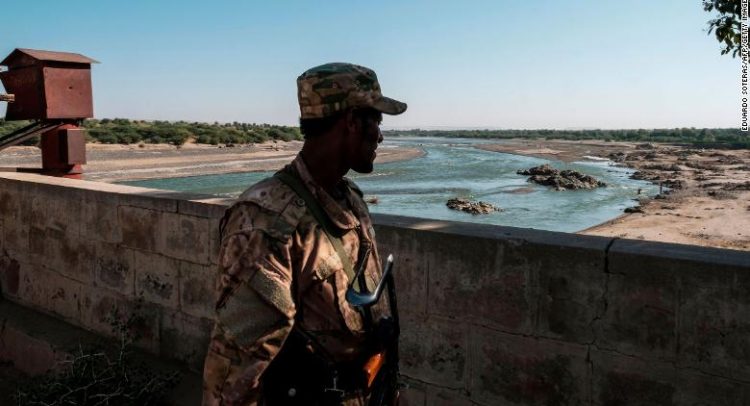 (CNN)Ethiopian National Defense Forces (ENDF) have taken control of Mekelle, the capital of the country’s Tigray region, according to a tweet from Prime Minister Abiy Ahmed.

The city was under fierce bombardment earlier on Saturday, a humanitarian source on the ground and eyewitnesses who have fled the city told CNN.

The government’s military operations have now ceased in the region, he said in a second tweet.

Federal police will continue working to round up members of the Tigray People’s Liberation Front (TPLF). Thousands of Northern Command officers held by the TPLF have now been released, according to Abiy.

The airport, public institutions, the regional administration office and other critical facilities are under control of the ENDF. The prime minister thanked the people of Tigray and emphasized that the next critical task is working to rebuild what has been destroyed.

Fierce fighting had broken out in Mekelle on Saturday, the eyewitness said, two days after Abiy warned the country had entered the “final phase” of a “law enforcement” military operation in the northern restive region of Tigray after a 72-hour deadline to surrender expired.

Debretsion Gebremichael, the leader of the TPLF, told Reuters in a text message on Saturday that Mekelle was under “heavy bombardment.”
A humanitarian corridor will be open in both directions, according to a statement from the federal government’s state of emergency task force.

There have been reports of atrocities committed by federal forces since Abiy ordered air strikes and a ground offensive against Tigray’s rulers for defying his authority. Tigrayan leaders have accused federal forces of killing innocent civilians while targeting churches and homes.

In a tweet on Saturday, Billene Seyoum, a spokesperson for Abiy, said the “victim/hero narrative” describing TPLF fighters is a “grave denial of justice for millions of Ethiopians.”

A communications blackout in the region has made reporting on claims from both sides difficult.

International leaders have expressed grave concern for the disruption of humanitarian access and for violence against civilians during fighting in Mekelle. About half a million residents live in the capital city, half of whom are children, according to UNICEF.

Abiy met with Cyril Ramaphosa, president of South Africa and chairperson of the African Union, along with other union envoys, from Wednesday to Friday. He told them the operation would not last long and that citizens who had fled would be resettled, according to a statement from the African Union.

The federal government said on Saturday it appreciates the concern of the international community, and that civilians were not targeted during the operation.

More than 43,000 Ethiopian refugees have crossed into neighboring Sudan since fighting began on November 4, when the country’s Nobel laureate leader vowed “military confrontation” with the restive region.

Three Ethiopia Red Cross ambulances have been attacked since the clashes began, and hospitals in northern Ethiopia are in urgent need of medical supplies, said the International Committee of the Red Cross on Friday.

The number of people internally displaced inside Tigray is growing daily and some pre-existing refugee camps in the region only have food supplies to last three days, according to the UNHCR.

The UNHCR High Commissioner, Filippo Grandi, is in Sudan until Sunday to meet with government officials and partners, along with visits to refugee camps.

Main Photo: A member of the Amhara Special Forces watches on at the border crossing with Eritrea, in Humera, Ethiopia, on November 22, 2020.