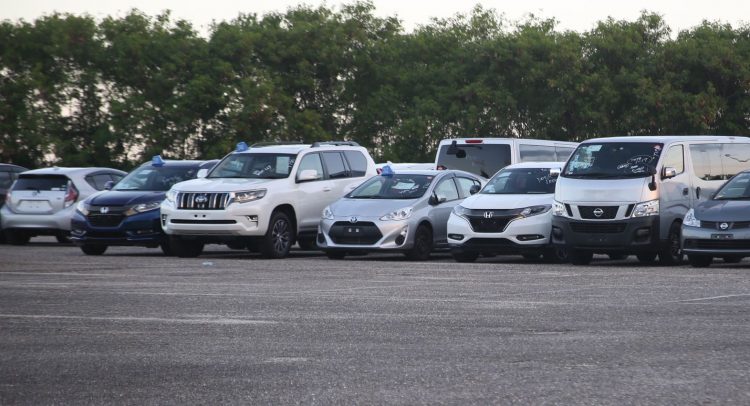 Potential buyers of some brands of new vehicles will be spared a 30 to 40 per cent price increase up to December 31, 2020, after Finance Minister Colm Imbert yesterday granted a grace period on the new taxes and import duty on private motorcars – essentially giving an early Christmas gift of a break from the new taxes until year’s end.

In a press release, Imbert advised that at its meeting last week, Cabinet had agreed that concerning the announcement made in the 2021 Budget regarding an increase of taxes and import duty on certain private motor cars, namely certain smaller engine CNG, electric and hybrid cars, the new taxes will be applicable from January 1, 2021.

“All private motor cars that are imported and cleared through Customs on or before December 31st, 2020 will therefore be taxed and/or be subject to import duty at existing rates and/or enjoy the existing tax and import duty exemptions,” Imbert said.

In his Budget presentation, Imbert had revealed that T&T spends $2.5 billion (US$400 million) per year importing an average of 25,000 motor vehicles, at least two-thirds of which relate to private motor cars. Imbert said this has created a serious leakage of foreign exchange, adding the proposed measures to remove all tax concessions on the importation of private cars would be initiated to address this unsustainable situation and suppress demand as opposed to an outright prohibition.

In an immediate response, Automotive Dealers’ Association of T&T (ADATT) president Ryan Latchu said the this decision will have a tangible impact on the sector.

“The vehicles which are in the country, which were ordered and imported based on the current concessions – we now have the opportunity to sell these vehicles at the concessionary pricing to the public, instead of going to add the motor vehicles tax, duty and VAT on to these vehicles, which would have increased the price of these vehicles by on average 30-40 per cent,” Latchu said.

He said the ADATT had written to Imbert’s office to request the exemption until the new year on October 8 following the Budget presentation.

However, as new rates of tax and import duty on the cars in question take effect on January 1, 2021, Latchu said the new prices would emerge. For example, Latchu said the Toyota Prius C is currently exempted from duties, motor vehicle tax and VAT and the selling price is $175,000. However, this price would increase to $240,000 in 2021 when the new duty, motor vehicle tax and VAT is added.

Latchu contended: “From the time you add back the taxes and duties, the price will go up.”

Still, Latchu said the outlook on the industry is dependant on the mechanism for the quota system to be implemented for the importation of new vehicles, a measure which was also outlined during the Budget.

The ADATT president said there is currently no quota in place, so if one is implemented it would put a cap on the association’s activity. ADATT members, according to Latchu, import 15,000 vehicles annually on average.

However, Latchu said the ADATT had also written to the Ministry of Trade and Industry indicating it would like to be part of the consultation process before the quota measures on imported vehicles are implemented.

Noting other economic factors in the country will also contribute to the outlook on the new car industry, Latchu said: “It depends on if businesses are closing down, if people decide to keep their vehicles a little longer, those things are really going to impact us.”

If unemployment keeps rising or if there is a devaluation of the currency, Latchu said this would also impact the new car industry.

Babwah said the TTADA had pleaded with Prime Minister Dr Keith Rowley and Minister of Trade Paula Gopee-Scoon to intervene since many dealers had cars in transit to T&T and customers who had made downpayments were left in limbo.

Babwah said the TTADA was also pleading with Government to lower the permissible age of used cars from three to four years old and keep taxes on hybrid and electric vehicles at a maximum of 10 per cent. He said the used car industry saves T&T foreign exchange since it does not use its quota of cars to be imported and used cars cost less than new cars.