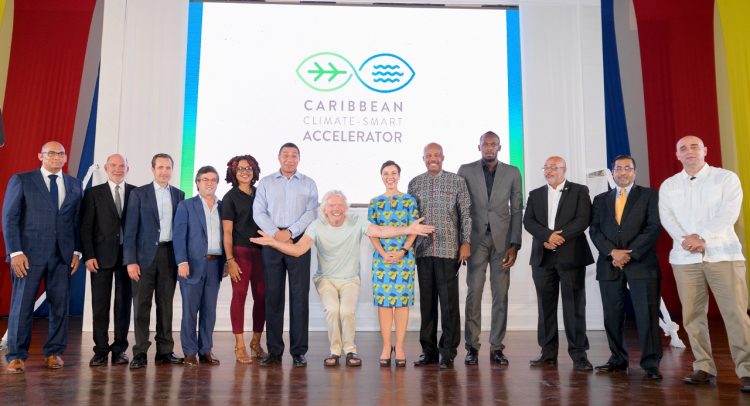 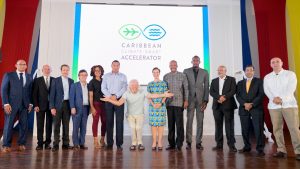 The Caribbean Climate-Smart Accelerator Programme, which has the objective of making the region the world’s first climate-smart zone, was launched at the University of the West Indies (UWI) Mona campus on August 9.

So far, some 26 Caribbean Countries and more than 40 private- and public-sector partners have joined the accelerator, which will transform the region’s economy by fast-tracking sound public and private investment opportunities that support climate solutions for resilience, social development and broad-based growth for the Caribbean.

Core partners include the Inter-American Development Bank (IDB), the World Bank, CARICOM, and the Organisation of Eastern Caribbean States (OECS).

Over the next five years, the accelerator will create the right environment for private and public funds to flow into investments in clean energy, building resilience and climate-smart cities and healthy oceans.

Prime Minister Andrew Holness, in his address at the launch, said he is excited by the project’s potential in combatting climate change and accelerating national and regional development.

He noted that the Caribbean is already making progress with the expanding use of renewable energy.

He said that low-carbon technologies are creating good jobs and building profitable businesses across the region, adding that Jamaica is already on a path to 30 per cent of its electricity generation being from renewable energy.

Holness called on the partners to “make impactful innovation” a priority, noting that the success of the initiative will be measured by “how it improves people’s lives, makes them feel safer, provides better jobs, improves social services and increases economic growth to build a sustainable and successful future”.

Founder of the Virgin Group, Sir Richard Branson, noted that the Caribbean Climate-Smart Accelerator Programme is based on a vision to make the region “greener, stronger and more resilient than ever before; built on innovation, powered by clean, sustainable energy and accelerated by public and private investment.

“The accelerator was formed to break down barriers [and] to… show the world what climate-smart development can do now and should look like, not just as a defence against hurricanes and other natural disasters but to help make the Caribbean an even better place to live and visit, while combatting poverty, creating great jobs and delivering broad-based economic growth,” he added.

President of the IDB, Luis Alberto Moreno, informed that over the next three years, the IDB will invest US$3 million into the accelerator programme, starting this year with US$1.5 million, which will be used as start-up funds.

The IDB will also partner with the accelerator programme to implement the US$1 billion in funds that it pledged for climate-smart investments across the Caribbean region at the Paris One Planet summit on December 12, 2018.

This additional funding will build on an existing portfolio of over US$200 million for work across the Caribbean region, either directly or through the Caribbean Development Bank.