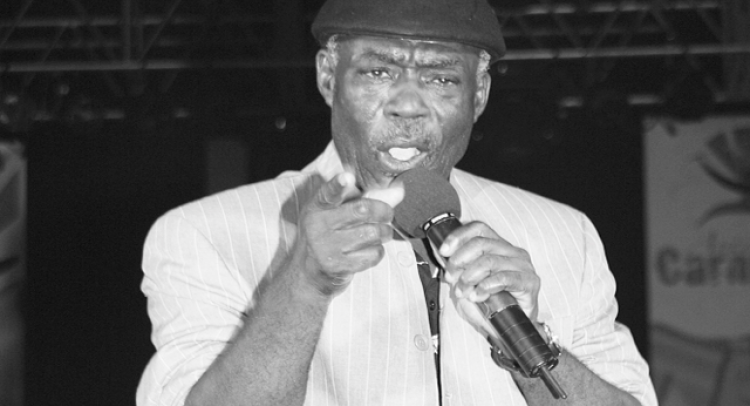 Swallow, whose real name was Rupert Philo, was a former calypso king of his home country and one who dominated, along with King Short Shirt and King Obstinate, the calypso landscape in Antigua, from the 1970s to the 1980s. He died in Antigua after a period of illness and hospitalization, in recent months.
In 2017, he was also hospitalized in New York, where he had traveled in September, for the annual Labour Day celebrations.

It was back in 1973 that Swallow, was able to secure his very first calypso crown, when he had the powerful song, “March to Freedom,” highlighting the plight of many African countries that were still fighting foreign, (European), rule and the apartheid system in then racists South Africa.

The song became an unofficial anthem across the Caribbean and was prominently featured during the black conscious protest actions to call for the end of apartheid.

Sir Rupert, as became known after being knighted, performed many times in St. Kitts and commanded a large following of Kittitian and Nevisian fans.

For most of Saturday, local radio stations in St. Kitts paid their tributes in song while fans extended their sympathies via social media platforms.

Swallow was 78 and died at his home in the Antiguan village of Willikies.