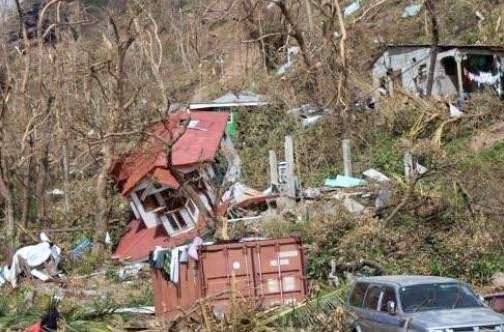 Caribbean getting smart about climate change The Caribbean is one of the regions of the world most vulnerable to the impact of the growing intensity of climate change. Small island developing states often suffer the ravages of frequent natural disasters.

Between 1950 and 2014 there have been 238 episodes of disasters in the Caribbean caused by hurricanes. The total damage experienced in the Caribbean over the past 65 years since 1950 is estimated at US$52 billion. Natural disasters have caused damage well above 100 per cent of gross domestic product (GDP) with Montserrat leading the pack with 434 per cent of GDP after hurricane Hugo hit the country in 1989. Hurricane Gilbert in Jamaica in 1988 caused damage equivalent to 50 per cent of GDP.

The devastation of hurricanes Irma and Maria, which killed more than 1,400 people in Dominica, Antigua and Barbuda, and Puerto Rico last year is still fresh in mind. The recovery will take years, and is beyond the means of the local populations, requiring the assistance of the international community. Reconstruction is necessary, but it will have to be complemented by measures to build environmental and economic resilience.

To their credit the leaders of the devastated islands decided to make their countries “Climate Smart”. The idea was articulated by prime ministers Roosevelt Skerrit of Dominica, Keith Mitchell of Grenada, and Allen Chastanet of Saint Lucia. The innovative vision for the world’s first climate-smart zone garnered the support of Sir Richard Branson, founder of the Virgin Group. The vision became the concrete proposal called the Caribbean Climate-Smart Accelerator and was birthed at French President Emmanuel Macron’s One Planet Summit.

The objective of the accelerator is to help in the economic transformation of the region through a combination of public and private investment projects which support climate resilience and economic growth, through sustainable development. Particular attention will be devoted to disaster preparedness, investment in low carbon development, and a more robust infrastructure and built-environment.

The Caribbean Climate-Smart Accelerator was launched on the Mona c ampus of The University of the West Indies by Prime Minister Andrew Holness with Sir Richard and Luis Moreno, president of the Inter-American Development Bank.

The financing will come from development banks, foundations, private enterprises, and governments, and will be a combination of grants, loans, and investment.

We endorse the Caribbean Climate-Smart Accelerator and we are pleased to note that it is illustrative of the Caribbean thinking creatively and helping itself, rather than simply asking others to solve our problems.

Bolt arrives in Australia for training with Central Coast Mariners