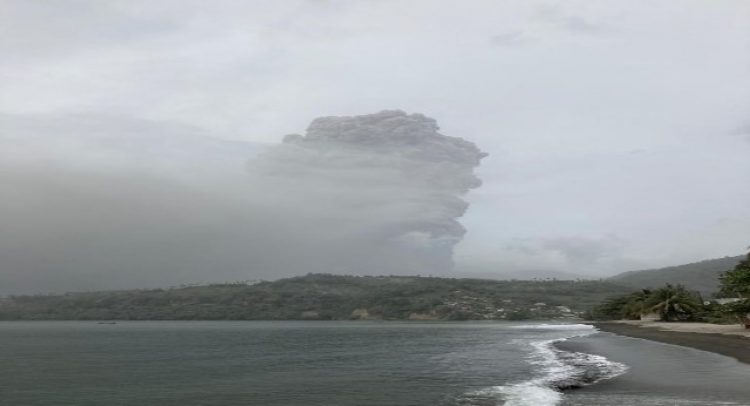 Basseterre, 9th April, 2021 (MyVue News.com)–Government leaders across the Caribbean have been reaching out to their counterparts in St. Vincent & The Grenadines, who are now faced with the tragedy of a volcanic eruption, while still trying to battle the Coronavirus.

The La Soufirere volcano, which had been showing signs of potential disastrous activity, finally erupted on Friday, 9th April, 2021, at around 8:45 a.m.

Thankfully, many in the danger zone had been evacuated the day before, possibly saving lives in the process.

St. Kitts & Nevis prime Minister, Dr. Timothy Harris confirmed on Friday that his administration had reached out to Prime Minister Dr. Ralph Gonsalves, to offer whatever support is possible.

Prime Minister of jamaica, Andrew Holness, also spoke with Gonsalves, to express solidarity with the government and people of St Vincent and the Grenadines and to assure him of Jamaica’s readiness to provide assistance in light of the increased threatening activity of the La Soufriere volcano, said a Government statement.

Holness explained that Gonsalves outlined the disaster response arrangements in place through the efforts of the Vincentian government with the support of the Caribbean Disaster Emergency Management Agency (CDEMA) and the Regional Security System as well as further arrangements to be implemented with the support of regional and international partners as well as the private sector.

A number of challenges were identified but they discussed areas within which Jamaica could assist.

The Jamaican leader also committed to placing Jamaica’s Disaster Assistance Relief Team (DART) at the ready, should they need to be deployed, said one media report in Kingston, Jamaica.

Blunt trauma identified as cause of death