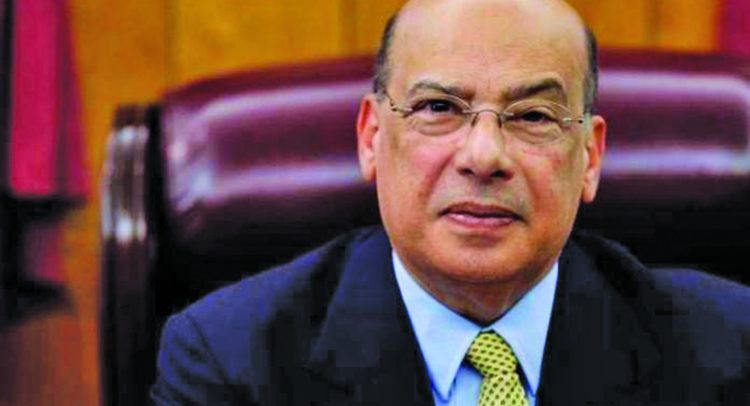 Caribbean people at risk of prolonging COVID-19 to their detriment

People in the Caribbean who refuse to take vaccinations to counter the coronavirus will cause the COVID-19 pandemic to remain longer in the region, endangering lives, livelihoods, and entire economies.

Whatever genuine fears may exist, these people must be educated about the value of the vaccine to their own health, and they must be encouraged by all influential agencies to take it.

If they need convincing, they should look at the experience of other countries where more than 139 million people have taken the vaccine and not one of them has died from it.

The churches, whose leaders have been preaching against the vaccine, are doing neither their followers nor their countries any good. Similarly, the representatives of trade unions, who argue that their members have the right not to take vaccines, might consider enlightening them about the benefits of the vaccine to their individual well-being, their families, the wider community, and the businesses from which they derive a living.

At the rate at which vaccines are currently available and being rolled out in the world, the Caribbean will be behind Britain and the US in controlling the virus by at least a year. If a significant number of people remain unvaccinated, the delay will be even longer.

Caribbean countries cannot afford a year, let alone a more extended period, to suppress the virus. Many economies are already in dire straits, poverty is expanding, unemployment is rising, economies are declining, hospitals are besieged, and many more people are dying.

This is why at a meeting of the Permanent Council of the Organization of American States (OAS) on February 17, all independent CARICOM countries joined Antigua and Barbuda in promoting adoption of a resolution calling for equitable distribution of COVID-19 vaccines globally.

Action is necessary to get vaccines into Caribbean countries so that at least 80 per cent of the people can be inoculated to build ‘herd immunity’. This is achieved when a large part of the population is immune to the disease. If enough people are resistant to the coronavirus, it will have nowhere to go and it will peter out.

Right now, every country in the Caribbean is way behind developed countries with which they interact for tourism, trade in goods and other commercial and social activity. For example, at the time of writing (February 18), Britain has inoculated 23.7 per cent of its population with the first dose of the vaccine; the US 12.3 per cent; Canada 3.48 per cent; and many of the countries in the European Union almost 3 per cent. No country in the Caribbean has vaccinated more than 0.9 per cent of their populations.

This situation demands urgent attention if the Caribbean is to survive the already devastating effects of the COVID-19 pandemic. That is why the Antigua and Barbuda initiative at the OAS was strongly and fully supported by other CARICOM nations. It is also why the resolution received full support at the OAS. Twenty-nine of the Organization’s 34 member states, including the Caribbean, are among the over 100 nations that have vaccinated less than 1 per cent of their people.

The Caribbean needs greater access to vaccines and at an affordable price. Hence, the donation of 570,000 doses of the AstraZeneca vaccine by India to CARICOM countries is a great relief. The roll-out has started in a few countries. But, there are not sufficient stocks to accelerate the inoculation programme to get all CARICOM countries to at least 80 per cent of their populations.

The main vaccine manufacturers have to be urged to ramp up their production at an affordable price. Concentrating on selling only to the rich nations will not eliminate the global pandemic. A research study, sponsored by the US National Bureau of Economic Research in Massachusetts, shows that even if wealthy countries are fully vaccinated by the end of this year but poor countries remain largely shut out, “the global economy would suffer losses exceeding $9 trillion, a sum greater than the annual output of Japan and Germany combined”.

WORRY FOR THE CARIBBEAN

What should worry every citizen and resident of Caribbean countries is that their economies have already declined so significantly that, even if there is recovery later in 2021 or in 2022, it will not be sufficient to return them to 2019 levels.

Foreign direct investment in the Caribbean declined last year by more than 50 per cent. With many economies across the region in a state of prolonged inactivity, the downward investment trend for 2021 is even more precipitous. The year 2022 is unlikely to get any better, unless each country gets the virus under control.

The populations of Caribbean countries, amounting to 20 million people, are competing with 450 million people in Latin America and another 360 million in the US and Canada to achieve 80 per cent inoculations. They are also competing against 7 billion people globally. They cannot afford to leave themselves behind – they must get themselves inoculated.

Leaders and influencers in every sector – the churches, the trade unions and the media – have to support Caribbean governments that have tried their best with scarce and reduced financial resources to manage the coronavirus and now to inoculate against it.

No Caribbean country can afford to be a year behind the nations with which they interact for their livelihood and development.

Sir Ronald Sanders is Antigua and Barbuda’s ambassador to the US and the OAS. He is also a senior fellow at the Institute of Commonwealth Studies at the University of London and at Massey College in the University of Toronto. The views expressed are entirely his own. For responses and previous commentaries log on to www.sirronaldsanders.com

Vaccination roll out has started in St. Kitts & Nevis