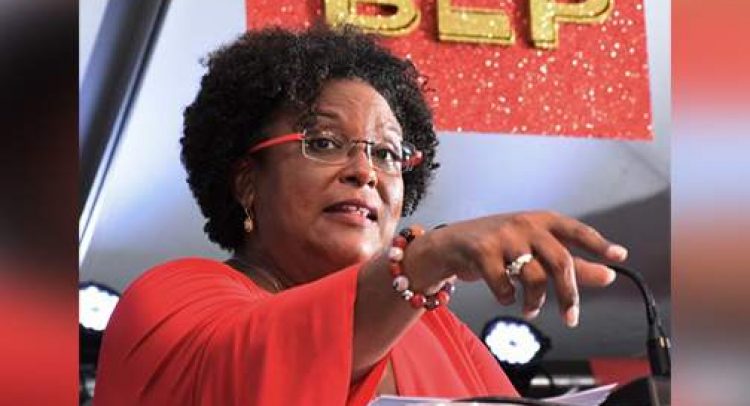 BRIDGETOWN, Barbados (CMC) — The Caribbean Community (Caricom) has been offered access to approved COVID-19 vaccines from a shipment recently secured by the African Union.

Barbados’ Prime Minister Mia Mottley announced Thursday that regional leaders will have to decide whether they will accept the offer.

Updating the country on the COVID-19 situation, Mottley said the African Union recently secured 270 million vaccine doses from Pfizer, AstraZeneca, and Johnson & Johnson – which will be made available this year, with at least 50 million available April to June – for its member states to supplement the COVID-19 Vaccines Global Access Facility (COVAX Facility) that is also being used by Caricom nations.

She disclosed that she was contacted by the coordinator of the African Medical Supplies Platform on Wednesday, with the news that some could be accessed by Caricom.

“The call that we received yesterday was that the council of heads of governments of Africa who were presiding over this, believed that in this exercise they should carry along their brothers and sister in the Caribbean Community.

“Accordingly, I briefed the Secretary-General of the Caribbean Community last night and we will have two weeks to determine whether we want to participate. The vaccines and the procurement opportunities will be put on the platform from Monday,” the Barbadian leader said.

Discussions on sourcing the vaccines began last year under Mottley’s chairmanship of Caricom.

“We are in a state of heightened negotiations across the board, not just with them, but with others to see how we can literally be able to acquire enough to provide the herd immunity so some level of normalcy can come back to Barbados as soon as possible and to the region as soon as possible,” Mottley added.

The disclosure came days after Caricom Heads of Government, who for their 13th Special Emergency Meeting virtually on Tuesday, expressed concern that small states like those in the region may not have equal access to COVID-19 vaccines. The leaders called for a global summit to address equitable access and distribution of vaccines to combat the pandemic.

“Accessing vaccinations for small states is really a question of almost trying to deal with market failure. The numbers that we will order are just simply too small to capture anybody’s attention and therefore we have had to work with the COVAX Facility,” Mottley said on Thursday.

“In the absence of a public space that allows for equitable distribution, the difficulty with this virus…is that if you don’t allow for all to get it you run the risk that it will continue literally to play with the global community and not to leave us the way that we expect it to leave us.”