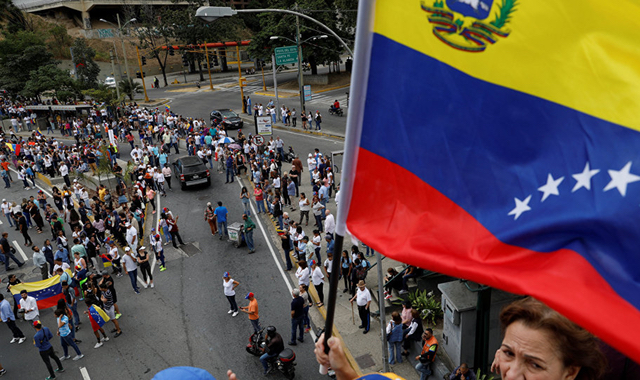 Basseterre, St. Kitts, 1st February, 2019 (MyVueNews.com) – The CARICOM delegation led by Prime Minister Dr. Timothy Harris has expressed its concern over the escalation of the situation in Venezuela, as the delegation met with representatives of member states of the United Nations.

The CARICOM delegation was at the United Nations this week to press their desire for dialogue, as the means to resolve the political crisis in Venezuela.

According to a statement issued by the delegation, CARICOM heads have “strong disquiet over the escalation of the situation in Venezuela and the adverse implications for the people of Venezuela and for the immediate region”.

The delegation has been promoting non-interference and non-intervention, as they urged states to avoid armed intervention, but to respect Venezuela’s sovereignty.

On Tuesday,  the Caribbean Community (CARICOM) delegation comprising Dr. Timothy Harris, Prime Minister of S.Kitts and Nevis (Chairman of CARICOM); Dr. Keith Rowley, Prime Minister of Trinidad and Tobago; Peter David, Foreign Minister of Grenada, CARICOM Secretary-General Irwin LaRocque, as well as the Permanent Representatives of these countries, conducted engagements at the United Nations and at the Trinidad and Tobago Permanent Mission in New York.

According to the statement, the Community restated its willingness to “provide its good offices and to work with like-minded countries”. In this regard, the delegation  welcomed the initiative of Mexico and Uruguay seeking to facilitate a dialogue among the parties.

The CARICOM delegation indicated a high level of satisfaction that the mission had attained its objectives.

The United Nations Secretary-General expressed his willingness to offer his offices, circumstances permitting, to facilitate the dialogue between the conflicting parties in Venezuela.

England all out for 187 as West Indies fast bowlers prevail