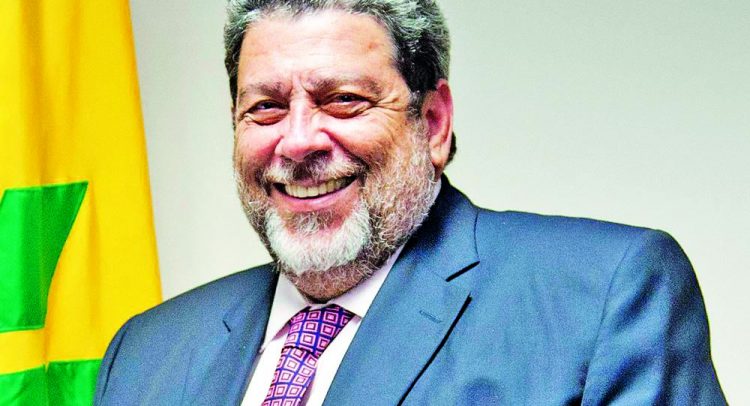 Caricom will not tolerate anybody stealing an election – incoming Chairman

Incoming Chairman of the Caribbean Community (Caricom), St Vincent and Grenadines Prime Minister, Dr Ralph Gonsalves is adamant the 20-member bloc of nations, “will not stand by idly and watch the recount (of ballots cast in the March 2 Guyana General and Regional Elections) which is properly done, for the results to be set aside”.

Dr Gonsalves was at the time speaking on a radio programme and was asked to weigh in on the electoral state of affairs in Guyana and was adamant, “St Vincent and the Grenadines stands firmly for democracy and respecting the will of the people so that will tell you where we are. I don’t have to say anything more. I am straight and plain.”

According to Dr Gonsalves, however, “Caricom is not going to tolerate anybody stealing any election”.

He went further to note that very many times, “a lot of Opposition parties when they lose, or anybody who loses, say so and so thief.”

The incoming Caricom Chairman observed, however, “…we get the reports, follow the laws and who wins, wins”.

According to Dr Gonsalves, “when you take part in an election, there’s always a chance you may lose, and if you lose”, he quipped, “take your licks like a man”.

Reiterating that “I am satisfied that Caricom will not stand by idly and watch the recount, which is properly done, for the results to be set aside”, Prime Minister Gonsalves said “we expect the Caricom Observer Mission to deliver its report and we expect that what is the recount would be honoured”.

He said it was expected that the Guyana Elections Commission (GECOM) “will honour that recount and declare the winner in accordance with this recount”.

He surmises that subsequently, “anybody who then wants to challenge anything after can go to court, but you have to declare the winner in accordance with the recount”.

Reaffirming his Caricom position, the St Vincent and Grenadines Prime Minister reminded that an election – “stripped of all the regulations here and there” – is essentially three separate though connected elements.

According to Dr Gonsalves, “there were no complaints about those two processes; nobody said it was a sham elections or irregularities were such as to undermine the efficacy of the poll”.

He noted that the third question which was outstanding was the counting of the votes and “that’s why in the first statement that (Barbadian Prime Minister) Mia Mottley made, as Chair of Caricom, she said each vote must be counted, each vote has to be counted”.

Guyana’s incumbent A Partnership for National Unity/Alliance For Change (APNU/AFC) has since lashed out at the incoming Caricom Chairman, calling his public utterances, “a public position that is prejudicial to the integrity of the process and its eventual outcome”.

Additionally, the APNU/AFC coalition, in a public statement on Thursday, expressed concern “that as the incoming Chair of the Caricom, Dr Gonsalves has chosen to pronounce on a process that is still ongoing, and proposes to direct a constitutional body in another Caricom Member State, in the execution of its duties”.

Reminding that exercise was convened under the auspices of the outgoing Mottley, with Caricom being regarded as the “the most legitimate interlocutors”, APNU/AFC added that the “Caricom Scrutineering Team has not yet submitted a report of its findings to GECOM (Guyana Elections Commission) as it is mandated to do in keeping with the gazetted Order.”

The coalition was adamant the recount exercise as agreed to by all political parties with Caricom, and which is set out in the gazetted Order, enumerates a very clear four-staged process, the first of which is the just-concluded tabulation phase.

GECOM, the coalition reminded, is currently engaged in the second stage of the exercise, in which the Chief Elections Officer (CEO) is required to compile a matrix of the tabulated results along with a summary of the Observation Reports in which are recorded the irregularities uncovered in the examination of each of the 2339 ballot boxes.

The political grouping is now claiming that its allegations that have since been recorded in the Observation Reports emanating from the recount process “indicate some 7929 instances of irregularities which directly affect the validity of 257,173 votes.”

The coalition – which according to the recounted figures, has lost two of the seats it held in the National Assembly, along with control of Government and the Executive Presidency—has since complained that Caricom leaders should “refrain from any actions or utterances that could undermine the legitimacy of the process and its credible conclusion”.