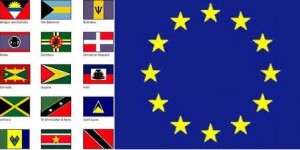 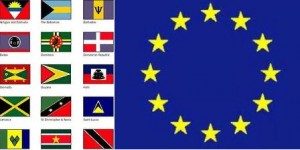 The Caribbean Forum of States (CARIFORUM) will hold two meetings in St. Kitts and Nevis from 19-23 February 2018, as it continues to strengthen its institutional response to crime and security in the Region. CARICOM has described the Caribbean as a critical and central route between drug producers and large scale consumers, with violence and crime remaining a pressing problem.

Directors of National Drug Councils will meet on 19-20 to review, revise and update the 2007 Regional Drug Demand Reduction Strategy. They will be sensitized on the Capacity-building Strategy for Drug Demand Reduction, focusing especially on the on-line training being implemented by the Cooperation Programme on Drugs Policies (COPOLAD) in Latin America and the Caribbean. In the course of this meeting, they will also be sensitized on the public health approach for the design and implementation of drug policies, as well the health and social effects of non-medical cannabis use.

Subsequent to the meeting, Directors will also meet from 21-23 February for a Regional Workshop on the Design and Implementation of National Drug Strategies and Plans for the Caribbean. This meeting, convened by the CARICOM and CICAD Secretariats, is being held in light of the fact that while some Member States have developed national drug strategies and supporting action plans, many still lack these crucial documents, while the strategies of others are about to expire.

A major objective of this workshop is to update the current strategies in the Caribbean, and/or to support their design and development, where needed, through technical assistance and the promotion of horizontal cooperation.

These events are part of a series of actions being taken in the implementation of the Drug Demand Reduction Component of the Crime and Security Programme. Earlier this month, representatives benefitted from a one-day technical meeting on the Seventh Round of the Multilateral Evaluation Mechanism (MEM) process. In addition, senior policy makers and technical staff from a number of line ministries in St. Vincent and the Grenadines benefited from two days of intense training on the establishment of its National Drug Council and on the implementation of the MEM.

Institutional Strengthening is at the heart of the CARIFORUM/EU Crime and Security Cooperation Programme under the Tenth European Development Fund (10th EDF). The €12 million programme focuses on reducing the demand for, and dependence on, illicit drugs, advancing the thrust towards drug supply control initiatives with enhanced coordination and dialogue with Latin America, and addressing some of the critical factors for crime and violence prevention and social development in CARIFORUM.

Earlier this year, addressing the launch of the programme in Barbados, Head of the EU Delegation for the OECS and Barbados, Ambassador Daniela Tramacere, called for “a common approach” to analyzing and making decisions for successful outcomes –

“…only willingness to analyse and make decisions in a common approach can [we] achieve what in a globalised world no nation, whatever its size , can successfully do – resolve conflicts or manage threats on its own”, she said.

This sentiment was endorsed by CARIFORUM and CARICOM Secretary-General, Ambassador Irwin LaRocque, who in his remarks called for closer collaboration and a strengthening of the relationships in and between institutions charged with the responsibility for crime and security.

“There needs to be greater sharing of information, resources and a reduction of the “silo” mentality that sometimes plagues us”, the Secretary-General said.

The Regional Workshop for the Design and Implementation of National Drug Strategies and Plans for the Caribbean begins with a brief Opening Ceremony at 8:30 a.m., to which the media are invited. Remarks will be given by a number of representatives, including from the Government of St. Kitts and Nevis, the CARICOM and CICAD/OAS Secretariats and the National Council on Drug abuse Prevention.